The Woman Behind Recruiting’s Most Talked About AI Solution

Content Strategist by trade, Christine Rochelle has over a decade of digital and content marketing experience. A self-identified writer since the age of eight, she used to enjoy wine and travel. Today she exists to serve the whims of a tiny human she helped create.

How Andreea Wade went from frustrated candidate to startup success.

Exactly six years ago, Andreea Wade tweeted that she wanted to go on a hike. Three hours later, that tweet turned into an idea and into a branded event with 40 signups.

The group, StartUp Hiking, is a small line item on the list of Andreea’s many accomplishments – all of them greatly different from the next. The common thread in all those projects is Andreea’s hunger for solving problems.

“I’ve always been curious and I’m the type of person that starts many things and I don’t think too much about a plan, I just start,” said Andreea. “I like problems because you have something to figure out and then it always leads to something else.”

And the problems Andreea has taken on over the years have always led to something else. As a teenager she started coding and working as a journalist. She created and promoted outdoor music festivals, and then began working in the tech startup world. Her Ireland-based data science company, Opening.io, was acquired by iCIMS this May. The acquisition led to the launch of iCIMS Talent Logic, an AI solution that applies deep learning at the top of the recruiting funnel to tell recruiters who to talk to first and why, strengthened by iCIMS hiring data (more on the acquisition here).

After seeing Andreea speak at the iCIMS company meeting about why she dove into talent acquisition, I was eager to hear more about the roads that led her there. Our Zoom interview took place after a long summer weekend, with Andreea taking seat in her cozy Dublin living room and I in my playroom-turned-home office in New Jersey.

Her French press coffee was ready, and she took a moment to pour a cup into a stunning cobalt blue mug (a gift from her Opening.io colleague Lena Rogova, now iCIMS product manager). Andreea shifted her laptop to center herself back in the video frame, but doing so gently as the computer sat on top of a stack of boxes that took residence on her treadmill (the room offered optimal lighting for video calls).

Opening.io was a problem to solve for Andreea and her founding team member Adrian Mihai, both as a candidate and a hiring manager. She watched her peer and friend Adrian help build a start-up from the ground up (from 3 people to 70) and successfully sell it to WeddingWire in New York City. Adrian was ready for the next big thing so he freshened up his resume and sent it off. Complete silence. After six months, he was rediscovered by an external recruiter.

“Imagine sending your CV (resume) and it is living in some inbox somewhere, and then the company pays another company to discover you,” said Andreea. “The process is broken.”

Time to Reject the Rejection Industry

Andreea saw the opportunity to redesign the experience for the candidate, by way of empowering the recruiter. The team began building their talent recommendation engine in 2015, using deep learning and natural language processing to match relevant talent with open roles. Candidates wouldn’t feel stuck in an ATS black hole and recruiters could double the size of relevant talent pools. Opening.io, her fourth business venture, was born.

The Opening.io team immersed themselves into the state of talent acquisition to fully understand what recruiters were up against. I asked Andreea if it was difficult to jump into the industry as an outsider, but she felt that it helped them look at things differently. At one of their first talent acquisition conferences, Andreea was confused that not one speaker spoke to the frustration that her and Adrian had felt as candidates. Andreea raised her hand during a panel Q&A and asked why no one was talking about the candidate experience.

“[The industry] had to move away from this idea of a system of record that has been built and designed for compliance purposes - it does not enable recruiters to do their work,” said Andreea. “And then you start listening to the recruiters, you hear their pain, and we realized we had to reimagine these things for everyone involved.”

The team stayed close to the recruiters, their end users, especially as those recruiters showed apprehension that AI was only there to replace them. It was a challenge, but one that was common in the AI world at the time. Bloomberg declared 2015 as “a landmark year” for AI, when voice recognition and self-driving cars became a reality.  The more users experienced AI for themselves in their personal and professional lives, the more they realized its transformative value.

Fast forward to 2018 and Microsoft spots Opening.io as a leading AI company through their ‘Make your Wish’ campaign and approaches the startup to be its job matching partner. That same year, the company was named one of Europe’s 20 super AI, SaaS and enterprise startups and was mentioned by Forbes in a feature titled, How Ireland Is Fast Becoming the AI Island.

Opening.io’s success was entirely on inbound interest – so much that the team didn’t need to hire a head of client sales until 2019, which Andreea shared when she won the Death Match Champ Europe title at TA Tech.

One of those clients was Jibe, a New York City-based company that was known for delivering candidate experience solutions to big brands such as Johnson & Johnson and Siemens. Jibe was then acquired by iCIMS in June 2019. Jibe was the second road leading Opening.io to iCIMS, the first one being Microsoft. Andreea saw that the two companies held a shared vision for AI’s place in recruiting and after numerous conversations at industry conferences and iCIMS’ NJ-based headquarters, things fell into place.

“What we saw was a company that had focused on building not just a bunch of algorithms, but a platform,” said Al Smith, chief technology officer at iCIMS, in a recent episode of The Chad & Cheese. “And a platform that actually strove to deliver the explainability and the transparency around the decisions. And that’s some of the stuff that got us really excited thinking about the future.”

A Model Built with Diversity in Mind

Al was right – what made Opening.io different was the way the technology was built. It was made possible by a group of talented people who were passionate about the impact that technology could have on the world. As a woman in tech who was based out of Ireland, Andreea understands first-hand the importance of diversity

“My favorite saying is ‘speak softly, but carry a big stick,’” said Andreea, speaking of the West African proverb that was later used by Theodore Roosevelt to describe his foreign policy style. Andreea is well known as a startup mentor and is passionate about carving out safe spaces for female founders who faced discrimination.

The team was driven to think deeply about how they would build and market their models, pointing to previous stories of algorithmic bias such as the automatic soap dispenser that was unable to detect a black customer’s hand.

“It was important from the get-go to make sure that we do not build something where outcome is either an inclusion or a discriminatory practice,” explained Andreea. “The core of what we build is the models and how based on your experience and skills it matches you to opportunities so there are a few things we would never train the data on regardless, like gender, sexual orientation, and address.”

That also included avoiding certain data sources, such as Facebook and Twitter, to prevent the models from making assumptions about someone based on social media activity (here you can find Andreea’s RECex presentation on algorithmic bias).

Andreea then described a recent email she read from a peer who asked if these conscious decisions in their product development process would “solve” diversity recruiting. Her answer was a clear no – because true change happens with people, not technology.

“Technology will not solve everything, and frankly we don’t want it to either,” said Andreea. “We have to make sure we continue to talk about it, and we call it out and inspire our clients and partners to be aware of bias.”

The Now of Work

It is undoubtedly a moment of transformation for employers, with the pandemic being one of the many catalysts for needed change.

“We’re not going back to the same world, we’re just not,” said Andreea. “Companies will have to adapt, and we need to rethink our tools.”

We know that agile, diverse organizations win (see McKinsey’s 2018 research). The iCIMS acquisition comes at a time when organizations are forced to reshape how they hire in a rapidly evolving environment. Bringing together Opening.io’s AI solution with 20 years of iCIMS hiring data, employers have at their fingertips the most comprehensive tools to build their diverse, winning workforces.

“Smart companies have always understood when change was coming,” said Andreea. “You have to move fast and adapt for the world that’s around the corner.”

Andreea is now the AI/ML portfolio director at iCIMS. She leads the development of iCIMS Talent Logic, an innovative AI solution that helps recruiting teams do more with less. Learn about it here. 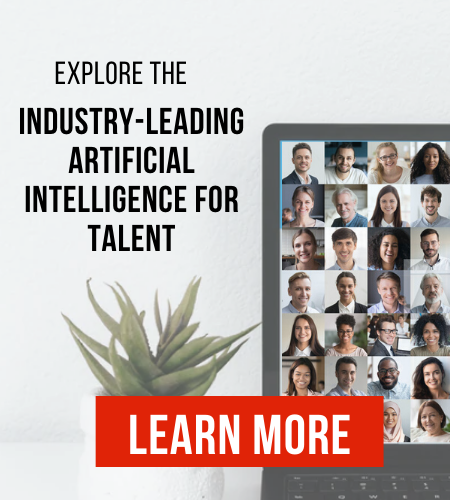 Content Strategist by trade, Christine Rochelle has over a decade of digital and content marketing experience. A self-identified writer since the age of eight, she used to enjoy wine and travel. Today she exists to serve the whims of a tiny human she helped create.

An Onslaught of Applications is Coming. Are You Prepared?
Tuesday, Jun 09, 2020
How AI Helps Avoid Bias While Building Your Winning, Diverse Workforce
Friday, May 01, 2020
How to Tackle an Entirely Remote Onboarding Program
Thursday, Apr 02, 2020