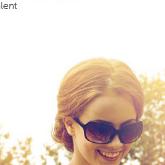 In our second annual report, we evaluated the professional aspirations and expectations of the Class of 2017 along with the realities of entry-level hiring from the perspective of recruiters.  Within, large entry-level employers including Southwest Airlines, NYU, the SAS Institute, and Smithfield Foods offer advice for the graduating Class of 2017 on how to improve their resume, sharpen their interview skills, and land their first full-time job.

This report exposes the realities for this year’s college graduates about to enter the workforce across the U.S. and highlights how prepared they are – or in some cases aren’t – and their career aspirations including industry, location, and salary expectations.

- The women of the Class of 2017 are far less confident in earning higher wages than men. While 62 percent of males expect they will earn $50,000 or more, only 49 percent of women expect to earn that wage.

The Value of a College Degree

- Beyond a candidate’s college major, recruiters look for past work experience (76 percent) and strong communication skills (65 percent) in an entry-level job applicant.

- The top cities college seniors would most like to work in immediately after graduation are New York City (35 percent), Los Angeles (29 percent) and San Francisco (23 percent).

STEM Degrees Are in High Demand

- More than 60 percent of recruiters are most interested in hiring graduates with STEM majors, while only 23 percent of the Class of 2017 will earn STEM degrees.

This iCIMS Survey was conducted by Wakefield Research (www.wakefieldresearch.com) among 401 U.S. college seniors and 401 U.S. HR recruiting professionals between March 6th and 17th, 2017, using an email invitation and an online survey. 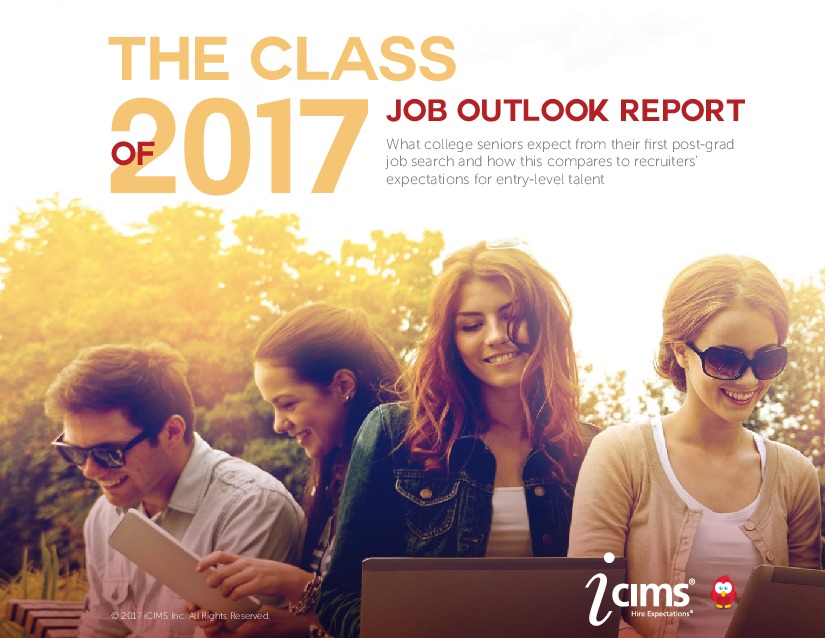 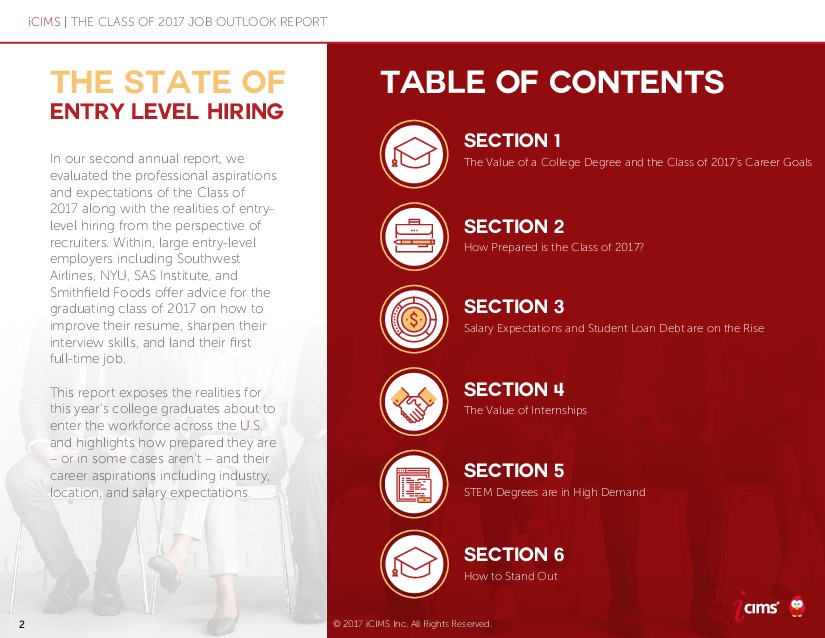 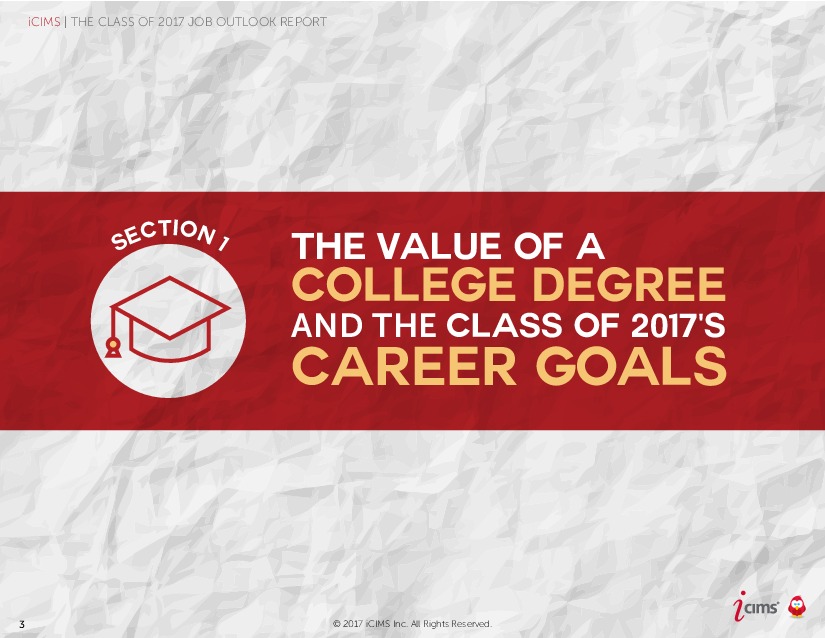 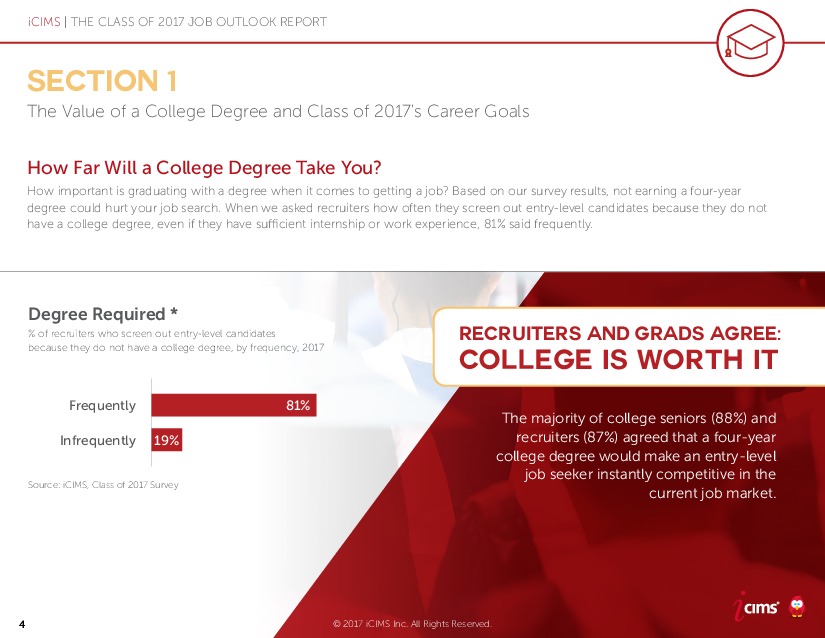 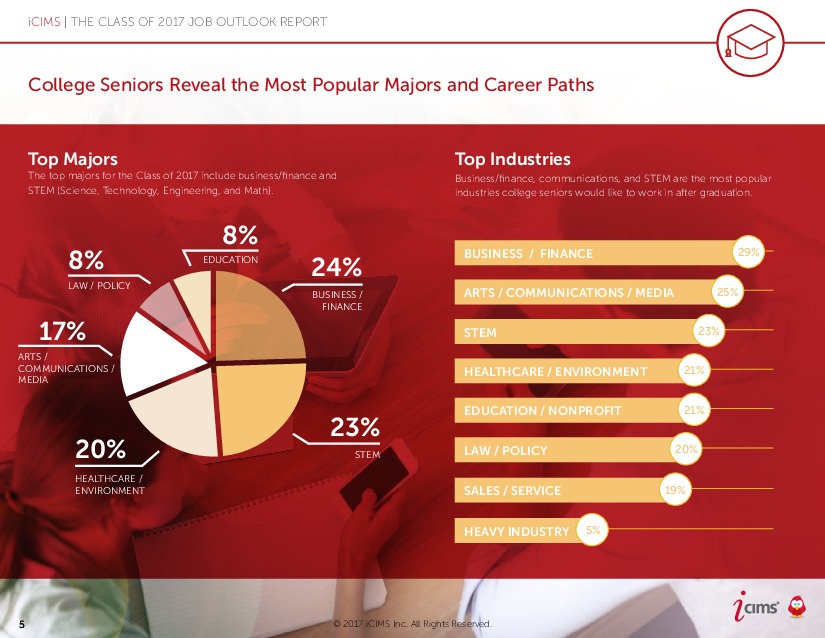 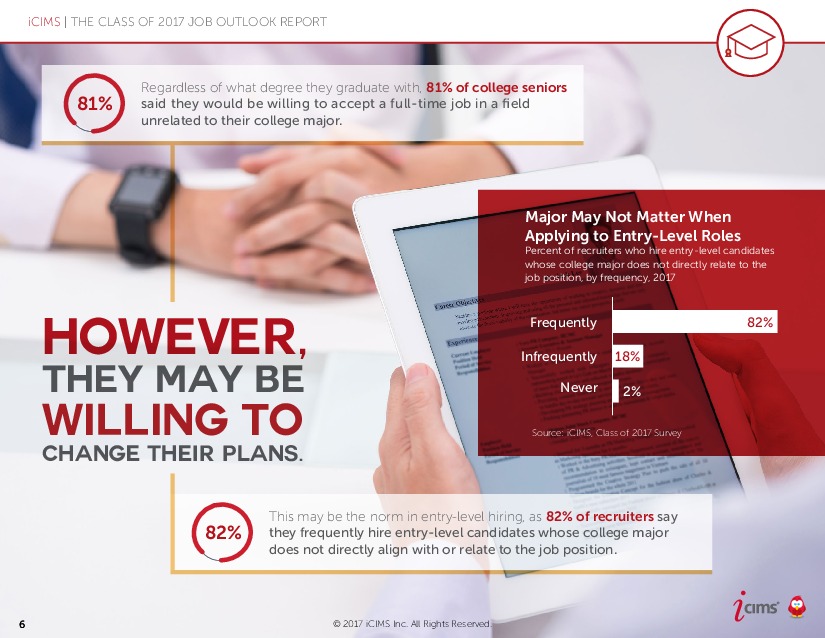 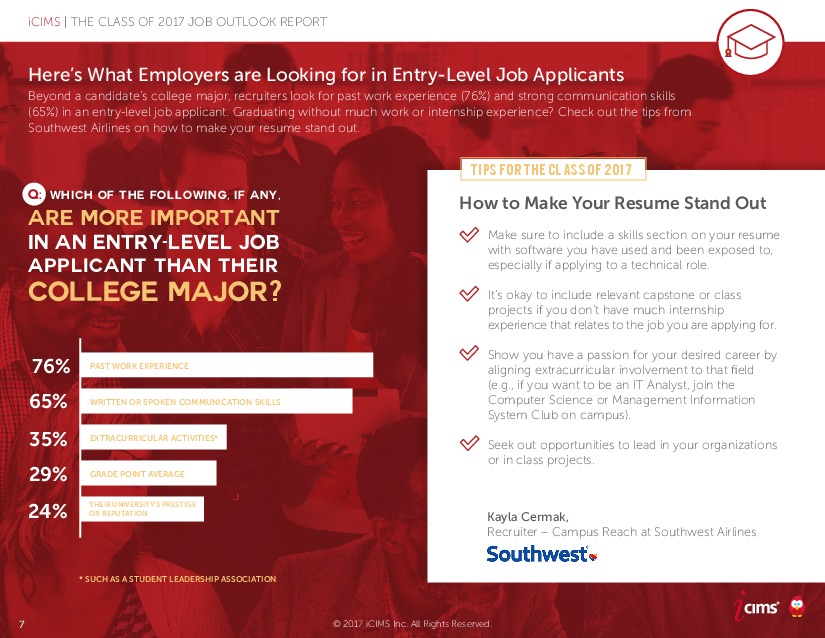 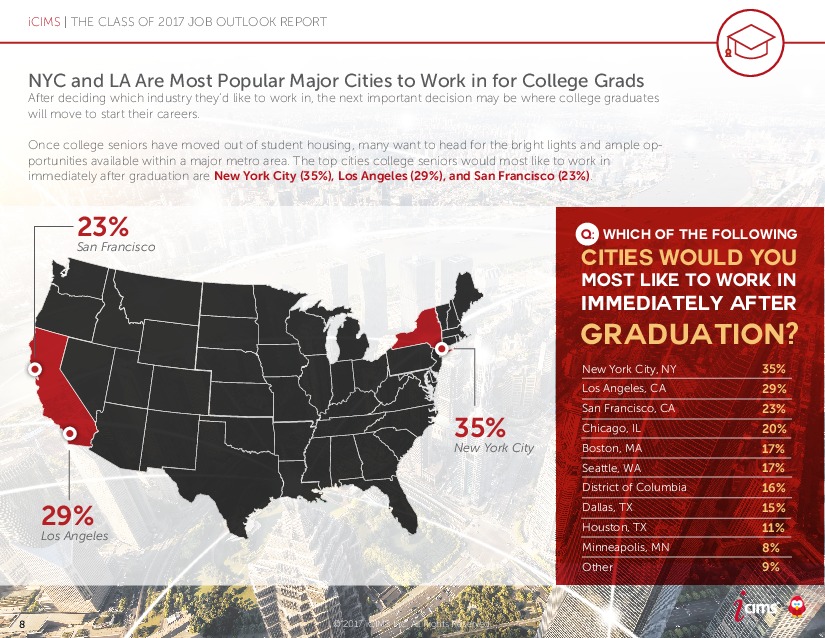 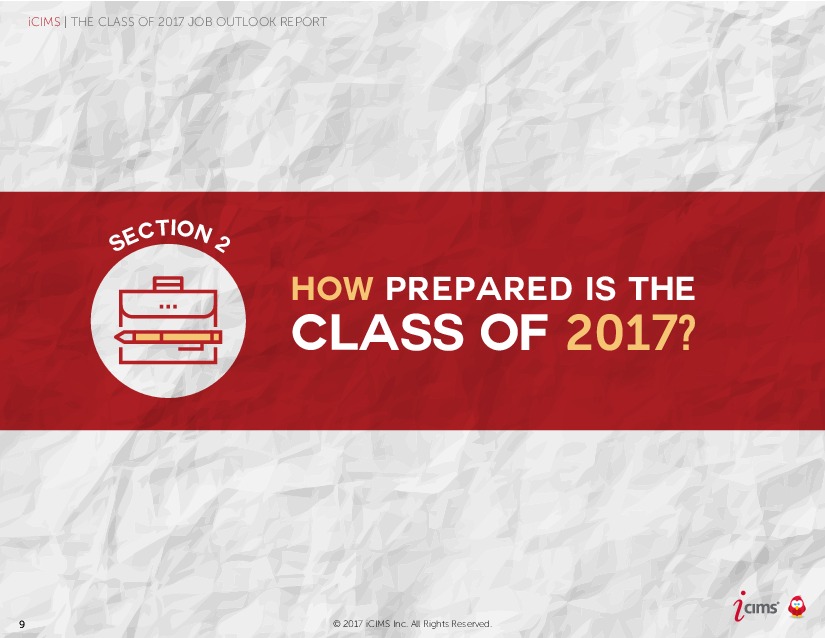 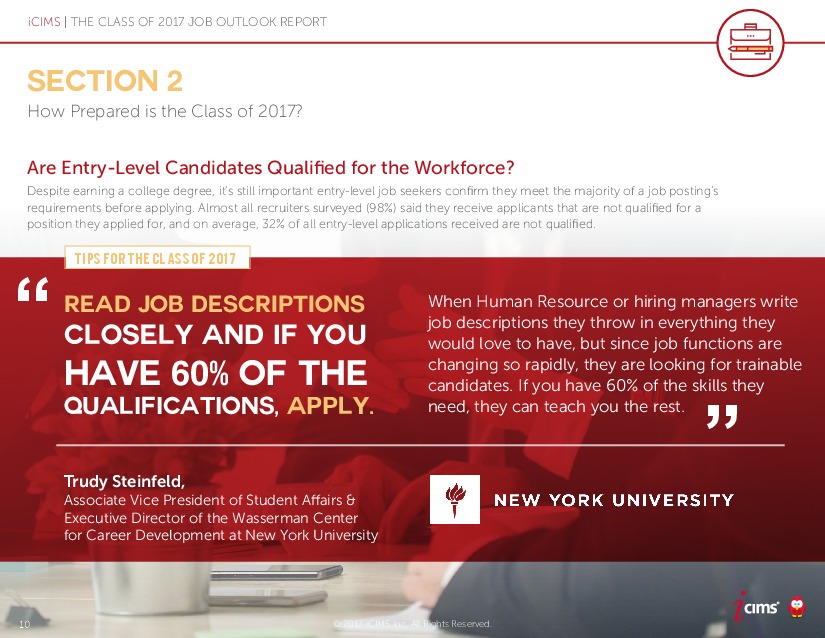 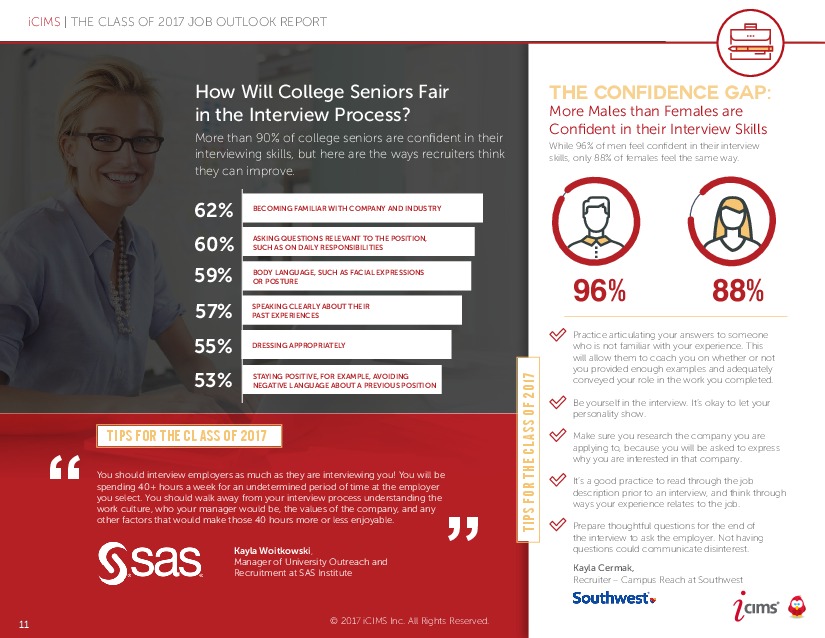 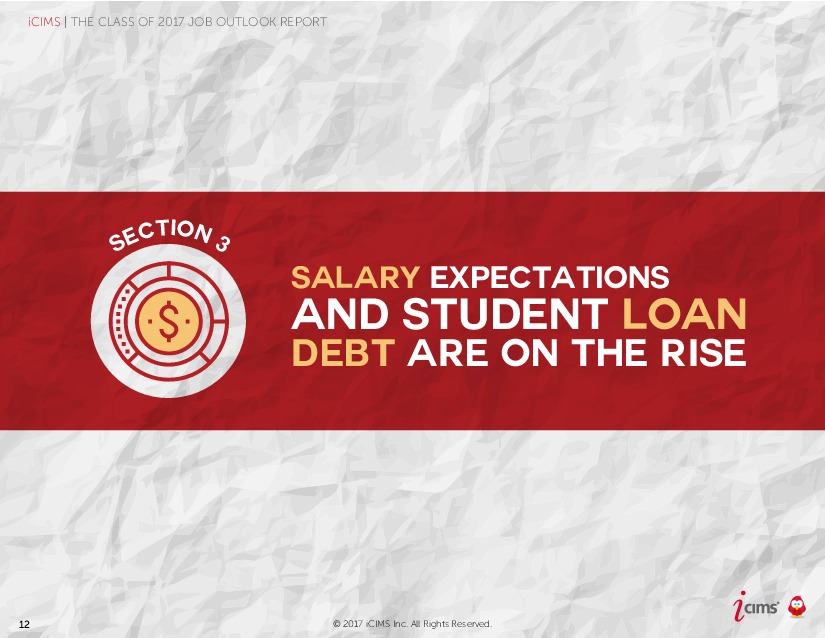 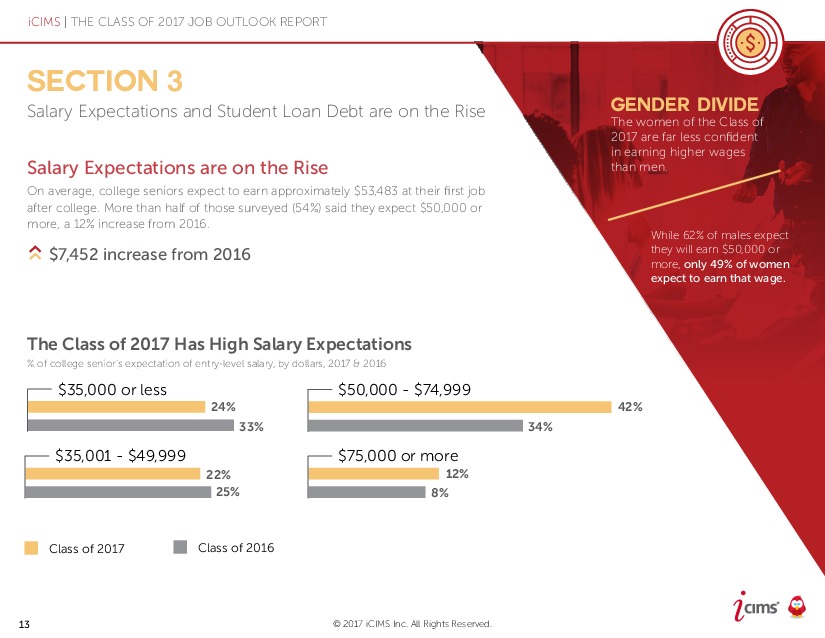 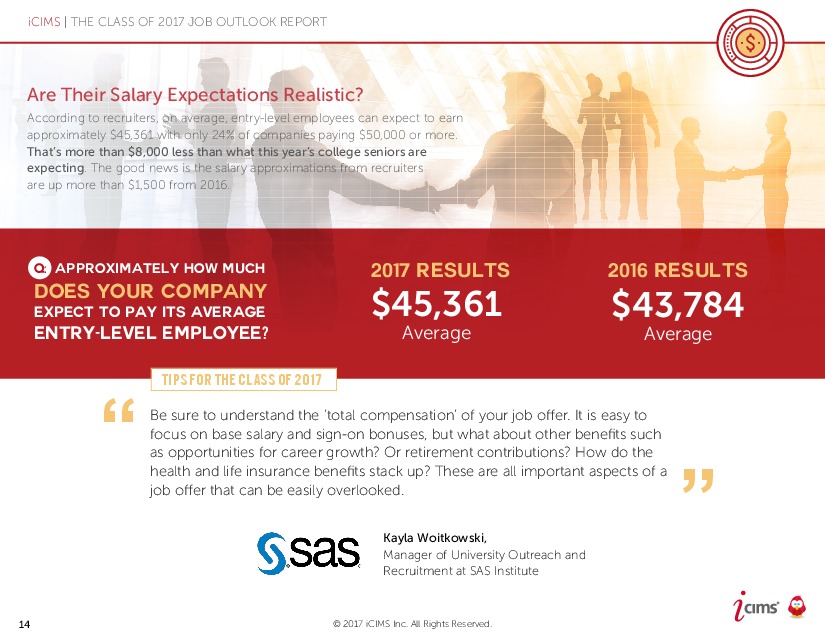 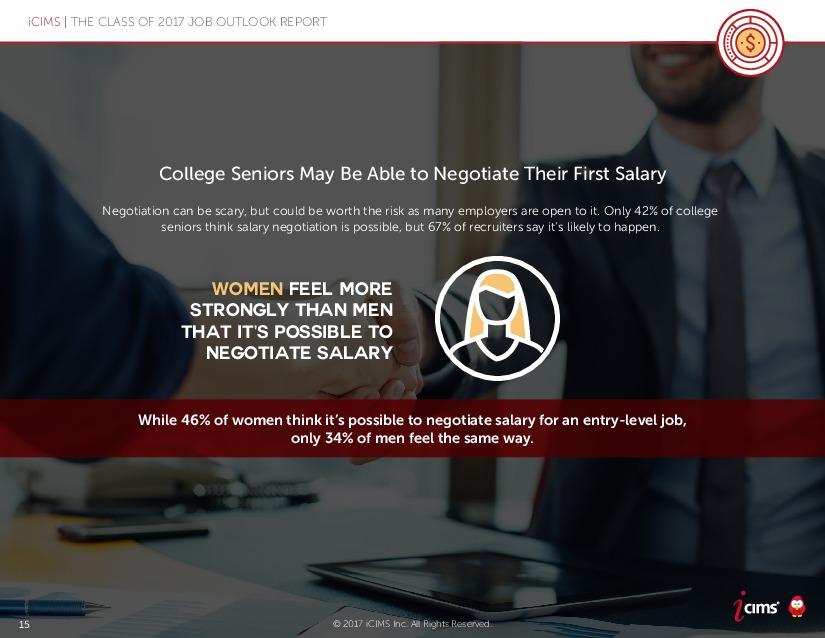 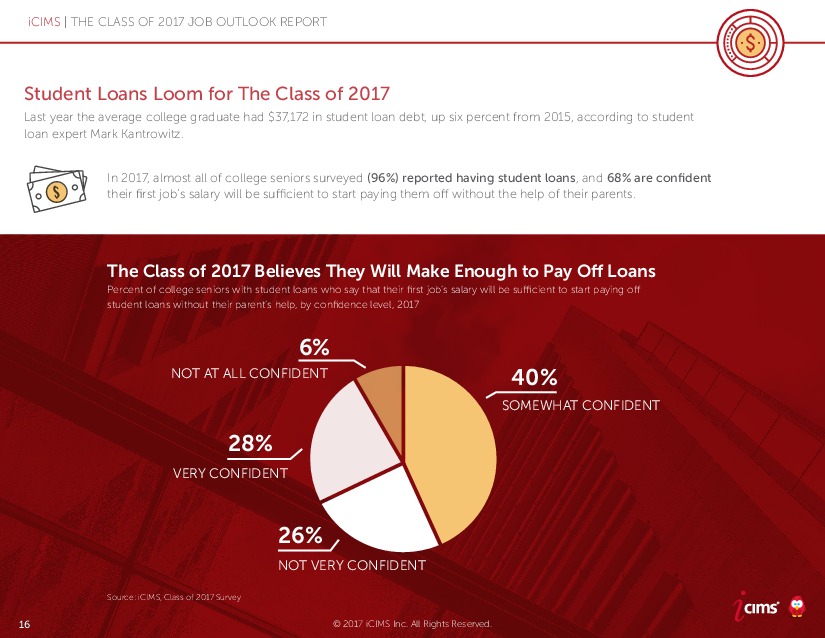 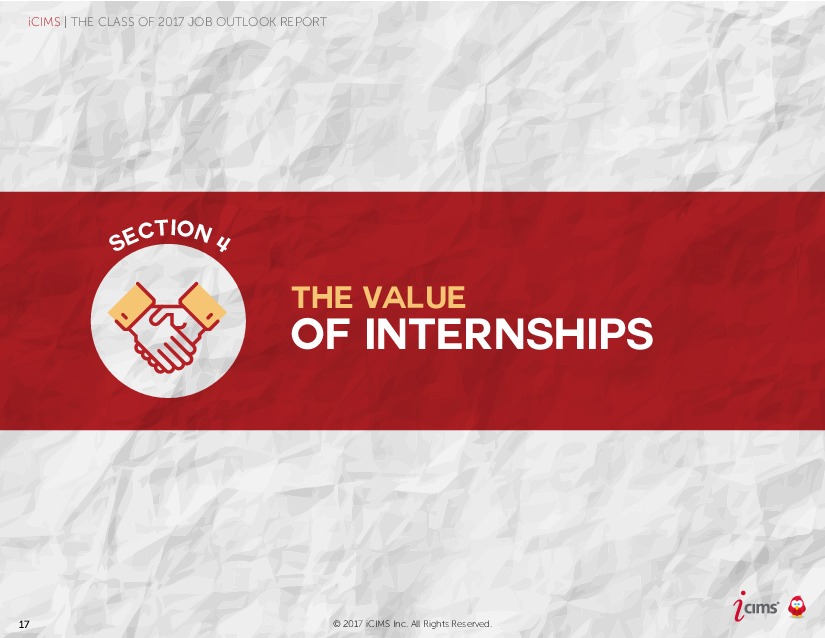 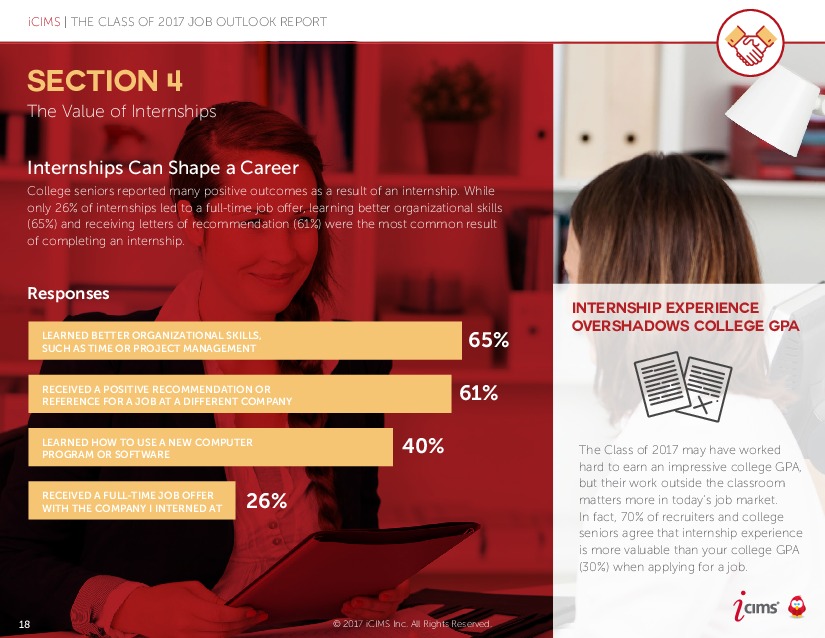 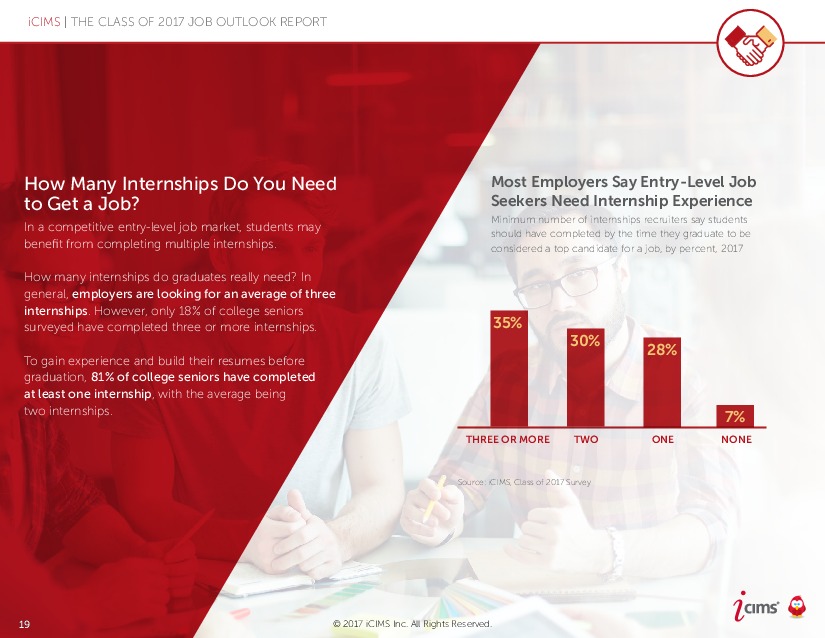 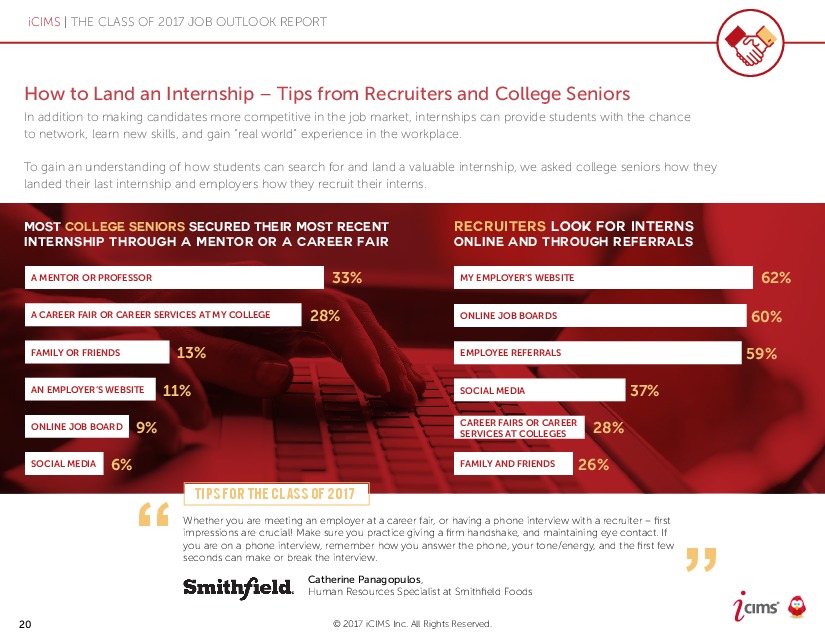 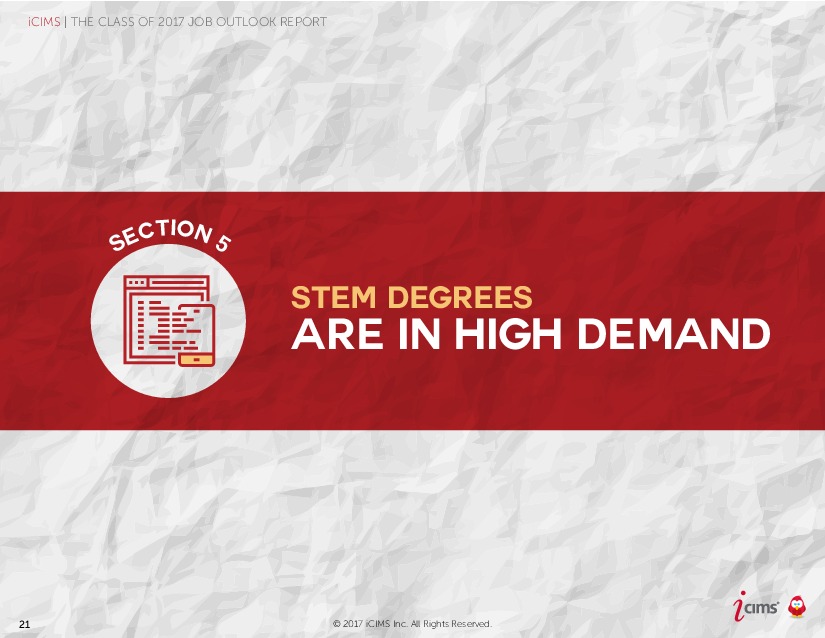 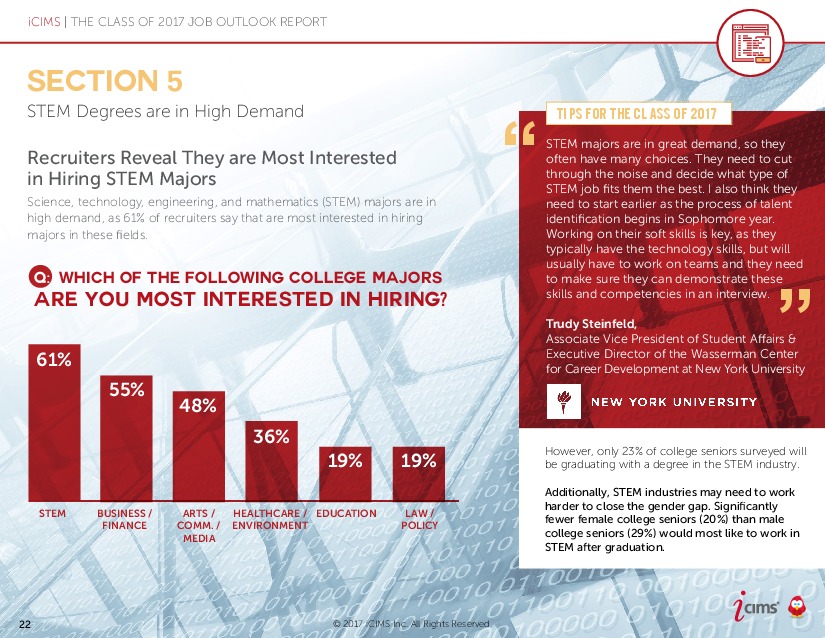 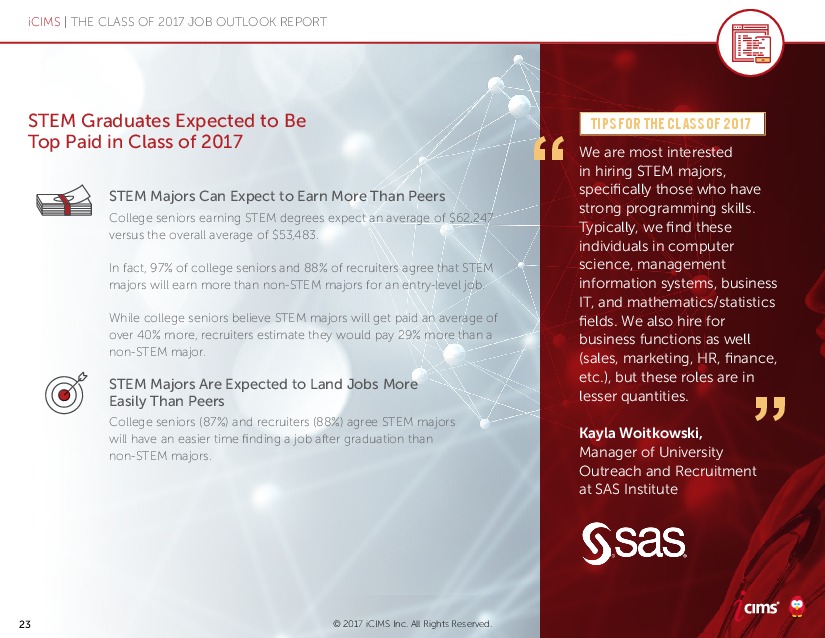 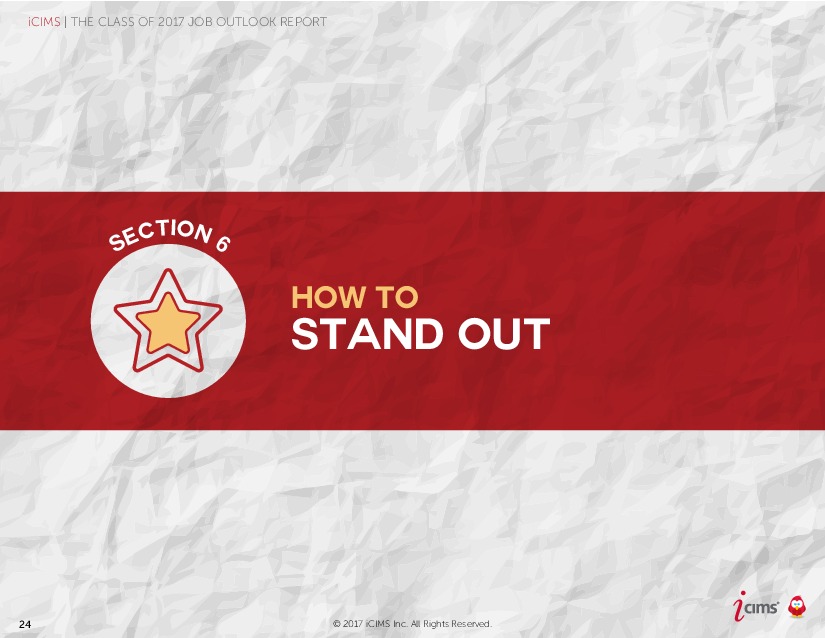 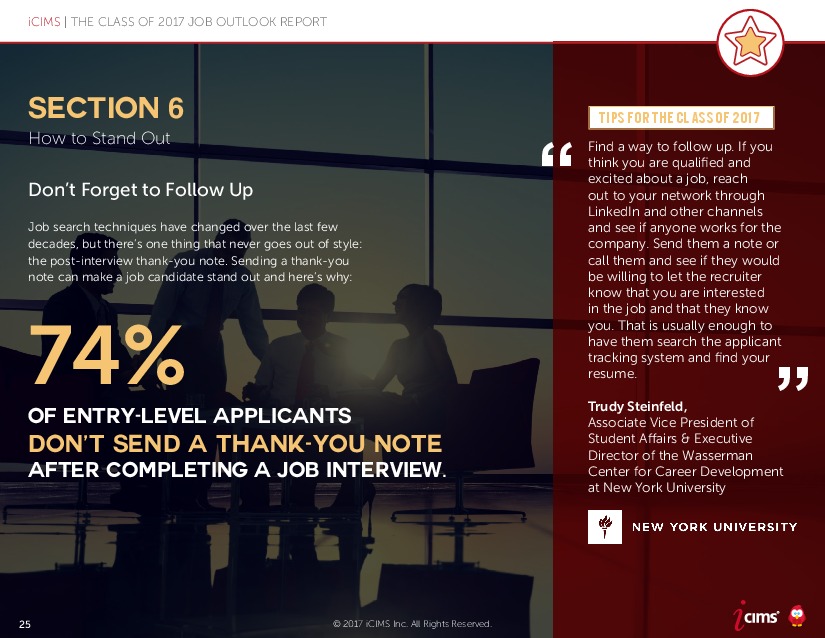 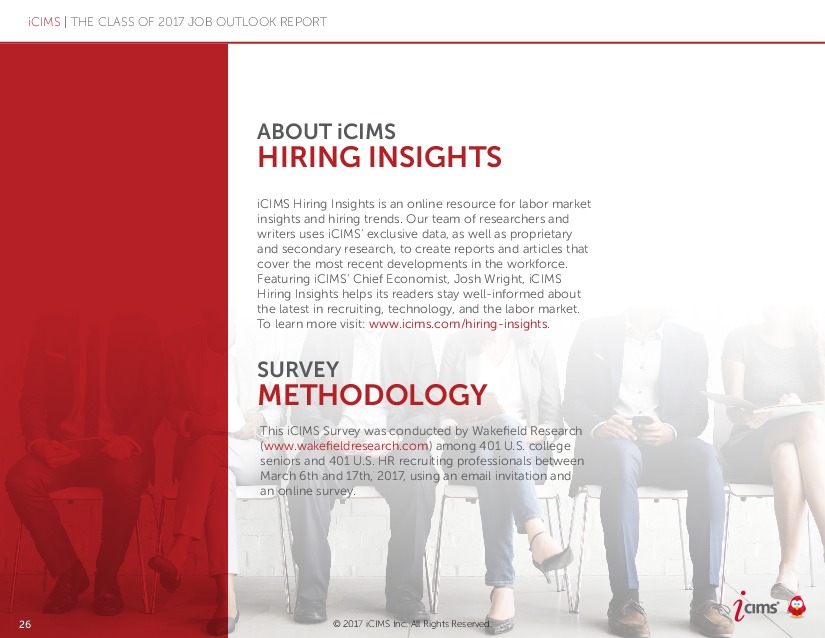