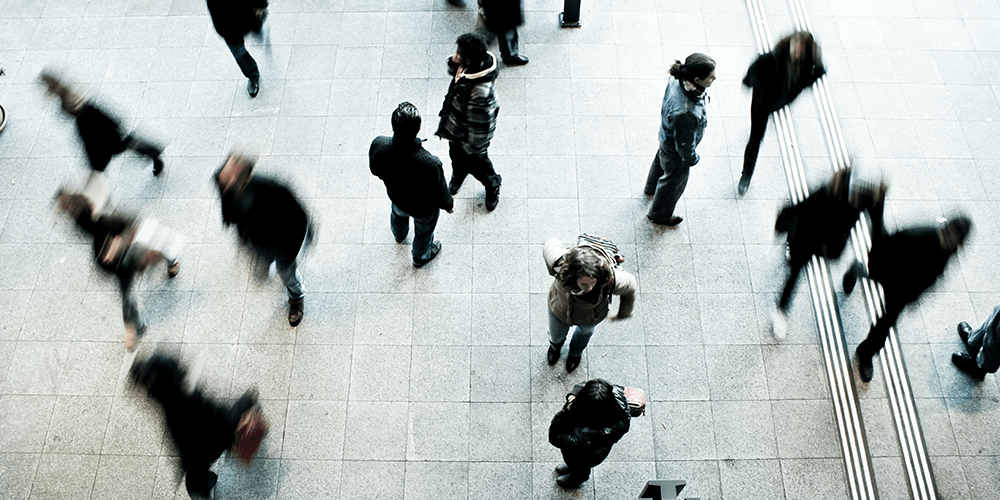 In a tight labor market, employers need to get creative in finding and attracting candidates. Deepening their understanding of fundamental issues can feed that creativity. A case in point is labor mobility.

What is labor mobility?

Labor mobility is one of the key drivers of recruiting, retention, and turnover. It refers to the ability and desire of individual workers to move from one location to another or from one occupation to another. Employers are dealing with labor mobility whenever they consider site selection, relocation hires and flight risk. Wondering which talent pools you should tap next? You better factor in labor mobility. Worried about flight risk, or whether your jobs are in locations that your target candidates will find attractive? That’s a question of labor mobility, too.

Labor mobility is an important factor shaping many workplace-related trends in the news. For instance, there has been much debate about a generational shift of younger workers to urban areas, and how that might change the pattern of young families moving to the suburbs. The rich cultural experiences in high-profile large cities like New York and San Francisco are major attractions, but they also come with high housing costs. Moreover, life events, such as a family member’s illness or a partner taking a new job, also influence whether a worker will decide to move locations or switch careers.

It’s widely recognized that switching jobs and changing locations is difficult, but it’s less widely discussed how these two issues intersect. According to iCIMS data, on average, it is significantly harder to get a job in a city when applying from out of town. The cities where it is hardest for out-of-town candidates to find jobs includes some of the most prominent and dynamic metropolitan areas, including Boston, New York City, Atlanta, and Washington D.C.

Why is it so hard for out-of-town candidates to find jobs in these cities?

There are several shared features of these cities that may make it difficult for workers to find employment, but two that stand out are city size and the student population. Large cities tend to have a higher cost of living and thus higher relocation costs than other parts of the country. And since these cities are so populous – often with a strong bench of local universities – they already have rich local talent pools.

Indeed, the impact of local schools is substantial, since the largest volume of open jobs and job applicants are typically entry-level. Consider New York City, which is home to numerous universities and colleges. Students from local universities have four years to network and build relationships with businesses through internships, apprenticeships, and co-op work – all which gives them a leg up on out-of-town candidates.

iCIMS data points to New Haven, Portland (Maine), and Springfield (Massachusetts) as the cities that are most promising for out-of-town applicants, insofar as they have the lowest ratio between such applicants and available jobs. These cities are generally lower profile, but also feature lower costs of living and less diversified talent pools. A few other cities welcoming out-of-towners are effectively satellite cities – exchanging applicants with larger metropolises nearby. These include Provo (near Salt Lake City in Utah) and Allentown (near Philadelphia in Pennsylvania). In Ohio, both Dayton and Youngstown find themselves exchanging applicants with nearby cities.

Which cities are at risk for losing workers?

In contrast, Durham and Raleigh, Providence, and the Orlando area see the largest proportion of their job seekers applying to other cities. These cities have large student populations looking for jobs, but smaller and less diversified industrial bases than a New York or Los Angeles. In the case of Durham and Raleigh, there is a famously large bilateral exchange of workers – which has led to a lot of mutually beneficial economic spillovers. With a commute time between the two cities of only 30 minutes, neither city faces much risk of seeing its tax base erode from workers moving to work in the other location. On the other hand, the employers in these cities may face poaching risk more similar to employers in large cities than in medium-sized cities.

The cities with the lowest level of outbound applications compared to local job seekers tend to be farther away from the coasts. Louisville, Memphis, Jackson, and even Albuquerque hew to major rivers. Other outliers are scattered across the West and Midwest, including Las Vegas, Fresno, Boise City, Wichita, Oklahoma City,  and Indianapolis.

What is the benefit of considering out-of-town applicants?

Put simply: in a competitive job market, employers need to take talent where they can find it. Despite the challenges, there are many reasons to hire out-of-town applicants, yet the evidence suggests that many employers are reluctant to do so. It is harder for employers to find and evaluate out-of-town applicants because their networks don’t overlap as much as with local applicants. The net result is that they are very likely overlooking some not-so-well-connected people who would actually be star performers. Employers who can find those gems efficiently stand to gain.

How to attract out-of-town candidates

Hiring out-of-town candidates is certainly a challenge, but companies looking to do so have a few tools at their disposal. Over the long term, they can support affordable housing policies that make it easier for out-of-towners to visit or transplant themselves. In the short-term, they need to find or create reliable gatekeepers who can help them filter through all those unfamiliar candidates. In other words, they need to build talent pipelines specifically for out-of-towners. Reaching out to community colleges, universities, and other skill-building institutions with well-matched programs is a good place to start, but employers don’t need to settle for the existing offerings. They could also invest in sponsoring new linkage programs to funnel promising students directly to the employer.

While it’s not clear how accurate the portrait of the job-hopping millennial is, the one thing we know is that many millennials are carrying significant student debt loads, so programs that promise debt relief will be attractive to workers across the country. Hosting events can also be effective: hackathons are great because they apply a stronger filter than a career fair, but there is plenty of scope for recruiters to get creative in designing other kinds of networking-and-filtering events.

If you’d like to learn more about labor mobility, listen to iCIMS Chief Economist Josh Wright explain iCIMS’ labor mobility project and highlight its key findings, which are based on 75 million applications a year and 4,000+ customers posting 3 million jobs and hiring 4 million people a year.