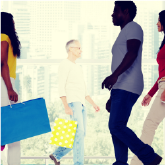 Each of the last two U.S. presidential transitions acknowledged some aspect of the profound transitions that have been occurring in American society and the U.S. economy. While it’s common for politicians to position themselves as change agents, this was not empty rhetoric.
Ever since the Great Recession, economic policy and job growth have featured prominently in public debates, but the 2016 presidential election gave fresh urgency to the question of jobs for the American middle class. One of the challenges is that the source of jobs is changing. The base of U.S. employment has been shifting under the influence of a number of forces – primarily technology, trade, and demographics.
The manufacturing industry, which once provided rich opportunities for workers who lacked a college degree, has been contracting as a share of total payrolls. The industries with growing shares require a different set of skills and provide different kinds of career tracks, so understanding how this composition is shifting is crucial for understanding the changing face of opportunity in America. Put another way, the puzzle of job growth is not just a question of which industries will be growing by how much but also of which occupations.

- The Manufacturing industry has been hiring a broader range of occupations types compared to retail trade and healthcare & social assistance.

- Occupations focused on computers and math constituted almost 10% of positions in manufacturing and professional & business services, but only 1% or less for healthcare and retail.

- The prevalence of part-time work was highest in the retail trade industry: 43%, compared to at most 18% among the others.

- The healthcare industry hired by far the largest proportion of contingent positions: 18%, compared to at most 4% among the others likely due to the fact certain employee’s hours in this field can vary with the demand for services.

- Managerial positions in human resources and marketing received some of the largest numbers of applicants per open position, 75 and 57 respectively.

To grasp the current state of play, it helps to look at data, and that is where iCIMS comes in. All data needs to be interpreted in context, so this report, the last of its quarterly series, compares the composition of job hires in 2016 across a group of industries. To better understand the hiring landscape, iCIMS looked at not only who is hiring, but what they are hiring for—which skills and occupations are most in demand by which kinds of employers. We also looked at how many people are applying for select categories of jobs and the prevalence of full-time versus other kinds of jobs. The result is a snapshot of the U.S. job market as it stands poised for the next chapter of its history. 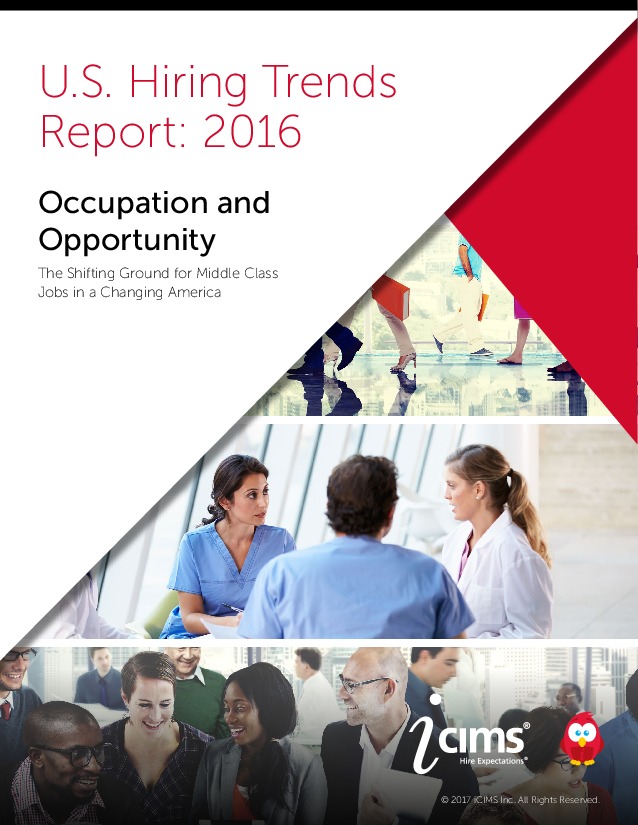 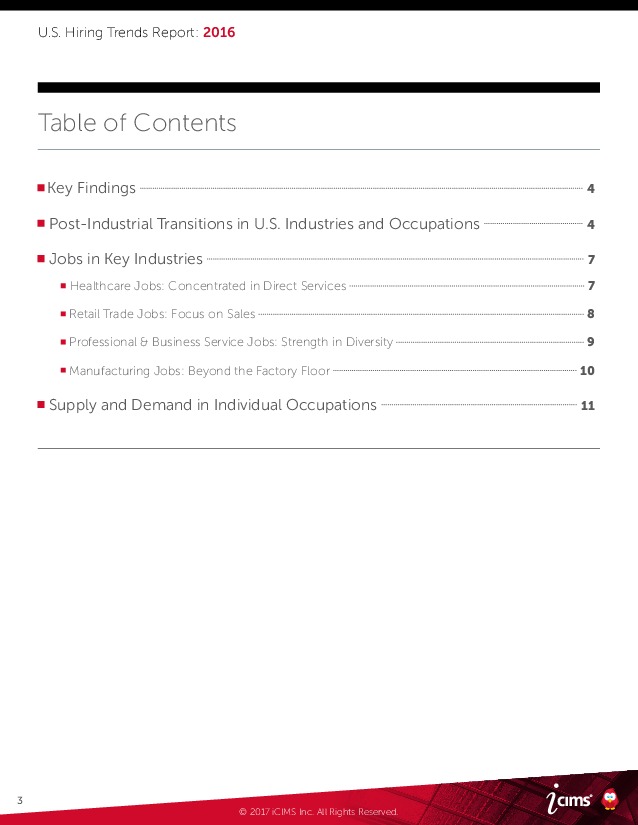 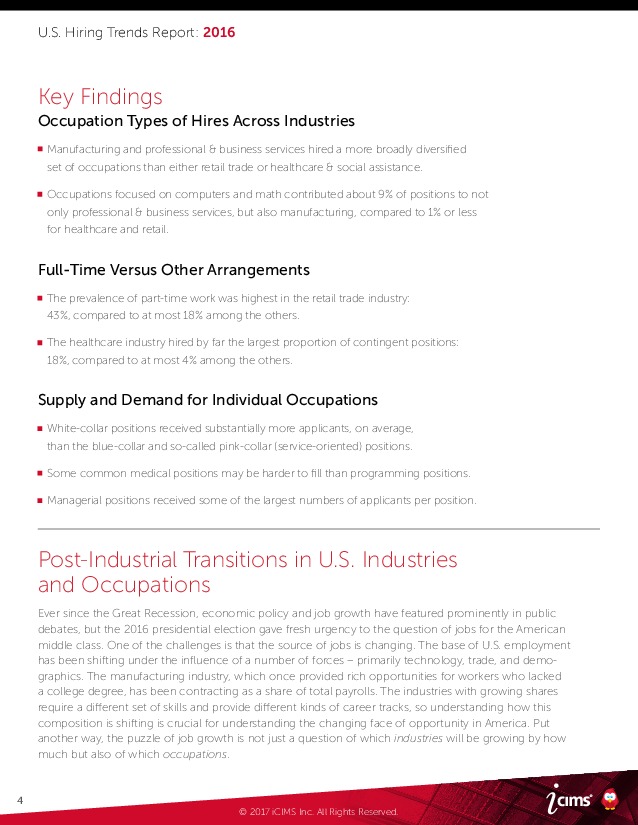 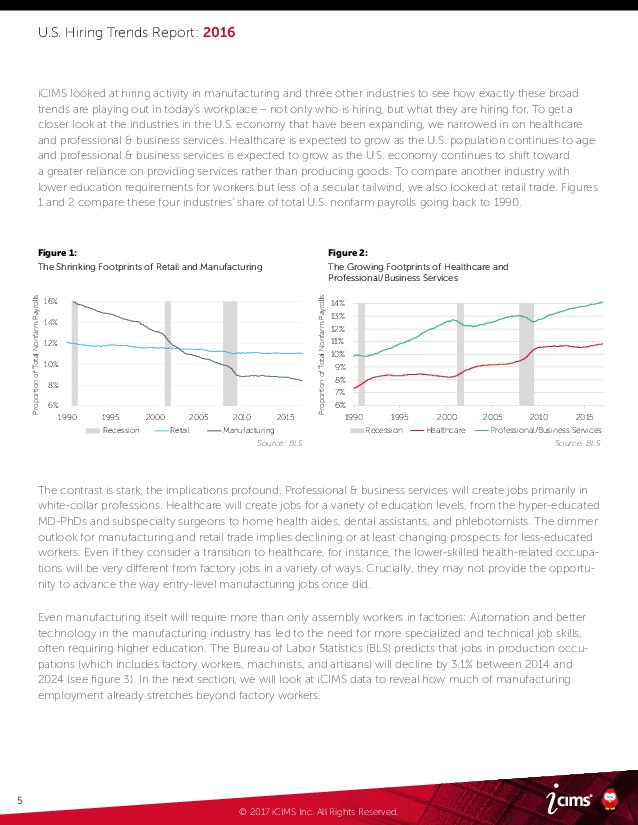 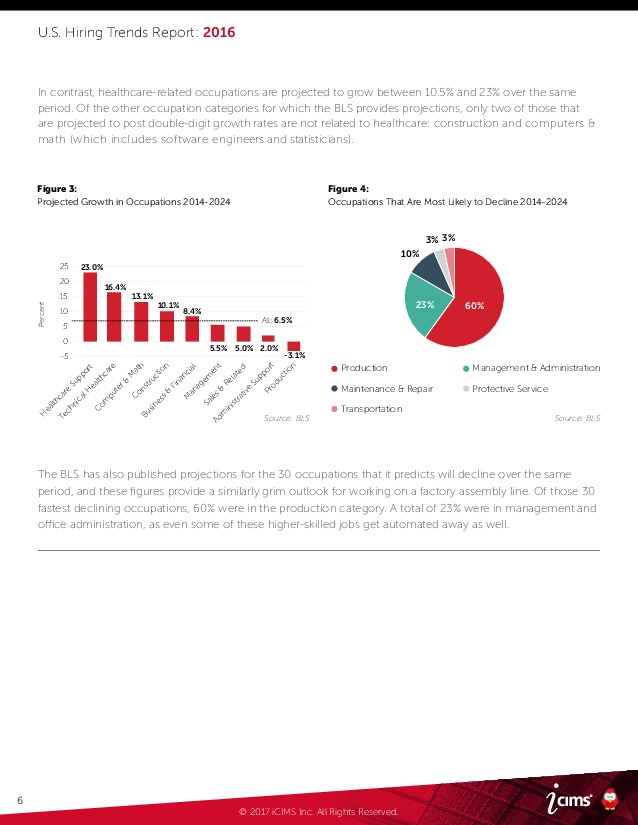 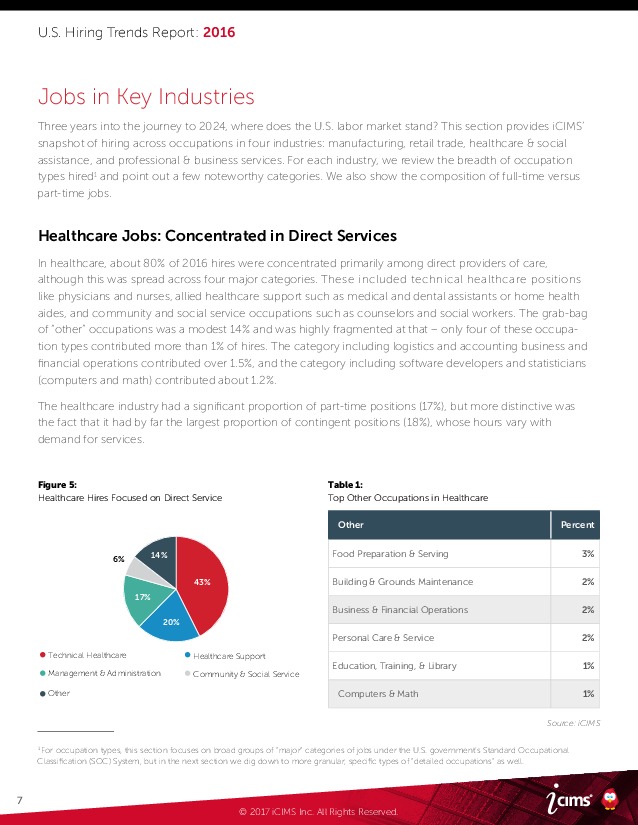 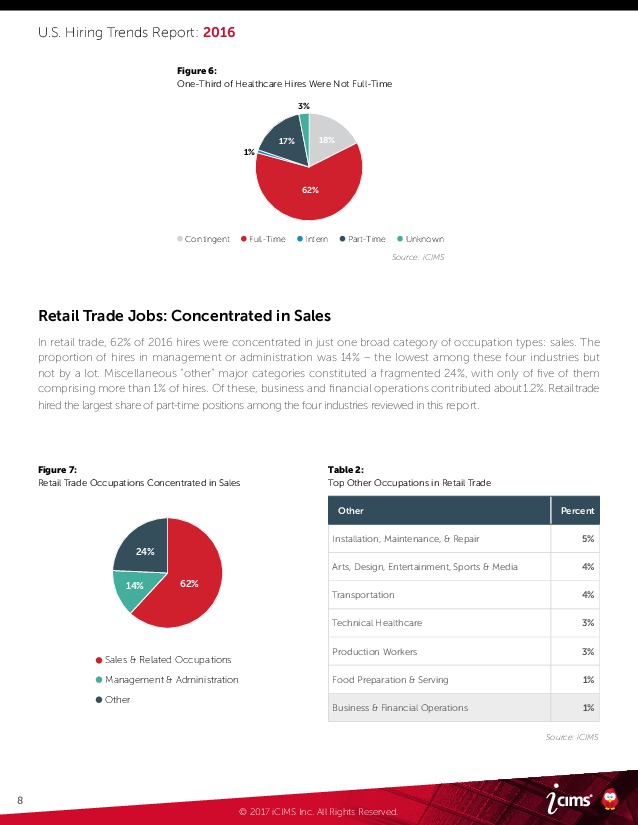 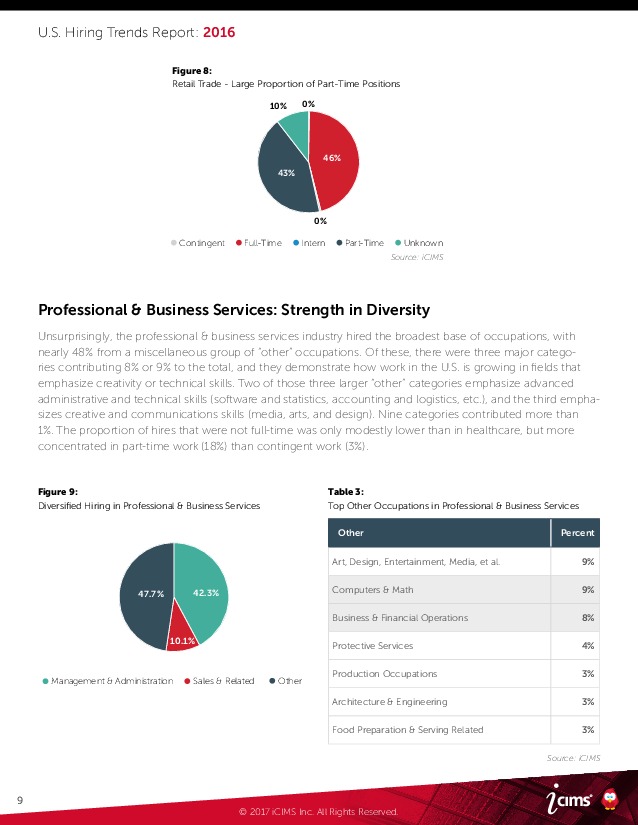 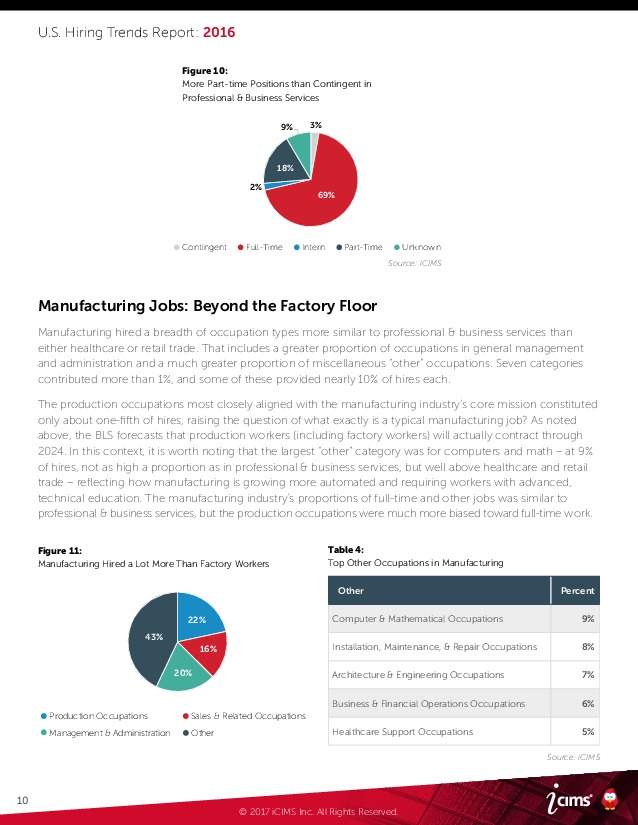 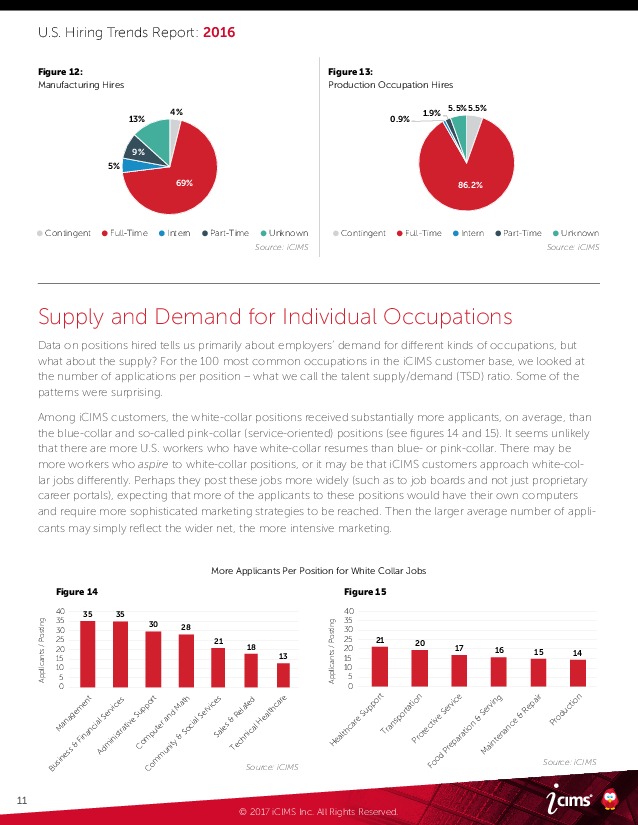 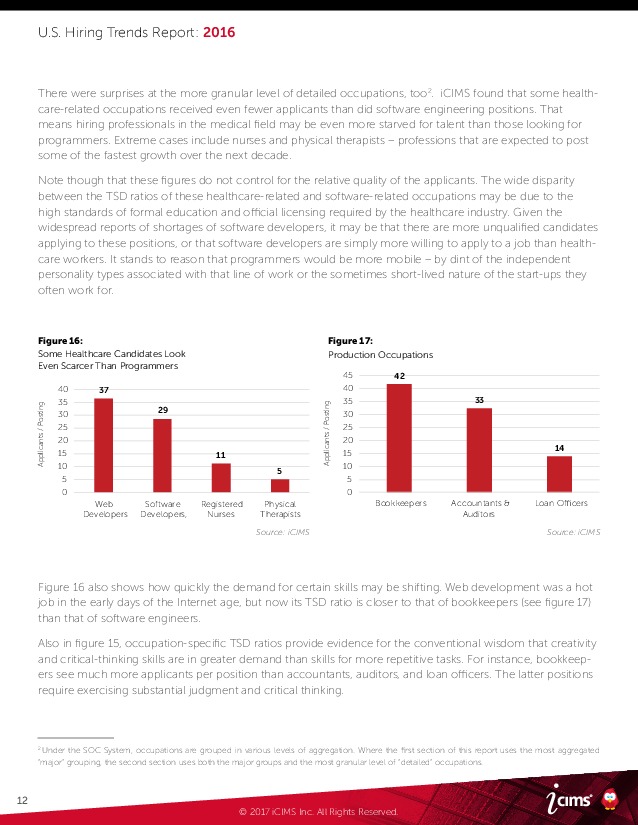 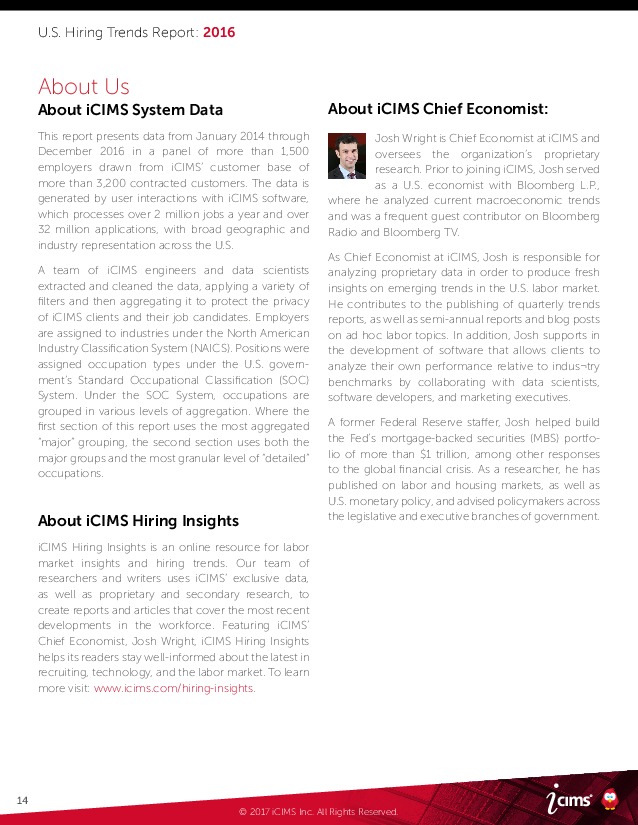 What Do You Mean by 'Diversity and Inclusion' Initiatives? Get Started with Measurable Outcomes
Tuesday, Aug 04, 2020
How Successful Onboarding Kickstarts Employee Engagement & Retention
Friday, Jul 31, 2020
Beyond Post and Pray: How to Put Marketing in Recruitment Marketing
Tuesday, Jul 28, 2020