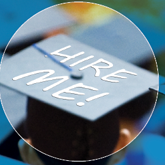 To evaluate the professional aspirations and expectations of the Class of 2016, iCIMS surveyed college seniors across the U.S. and compared their responses to what recruiting professionals had to say about hiring for entry-level roles. While this group of new workers are lucky enough to graduate during a strong job market, they have some mismatched expectations on how prepared they are to enter the workforce and what to expect during their job search according to recruiting professionals. The following report exposes the minds of the Class of 2016 and highlights what they want in an employer – including industry, location, and salary expectations.
As the Class of 2016 enters the workforce they may be faced with difficulty finding and full-time job right away. Temporary jobs and internships are on the rise — and 91 percent of college seniors expressed that they would be willing to accept positions like this after graduation, if there was potential that they could eventually receive a permanent job offer from the company. Meanwhile, 97 percent of recruiting professionals said they have offered entry-level employees temporary full-time, paid internships, or contractor positions with the potential to receive permanent job offers. About 86 percent said this is a frequent practice for their company.
Where in the U.S. will the Class of 2016 live and work? The most popular state college graduates are attracted to living and working in is California while 35 percent want to live and work in the southern region of the U.S. However, more than half of the Class of 2016 plans to move back in with mom and dad. Fifty-eight percent of college seniors plan to live with their parents after graduation for an average of 8 months. They will add to the growing number of millennials not leaving the nest, in fact according to Pew Research Center, more young adults are living with their parents than at any time since 1940.
Social media presence is also at the forefront of the minds of the Class of 2016, with 84 percent of college seniors believing an active social presence can help a company when it comes to recruiting the best talent. Additionally, recruiting professionals feel advancement opportunities are the most important factor in determining an employee’s job satisfaction followed by benefits and perks. But for college senior’s salary tops the list, following by liking the industry they’re in.
Salary expectations, too, are a significant factor for college seniors, as many will graduate with student debt. The women of the Class of 2016 are far less confident in earning higher wages than men. While 68 percent of women feel they will earn less than $50,000, only 44 percent of men expect to earn below that wage. Salary negotiations are another area where confidence falters for the Class of 2016, as well as the value of their degree: 36 percent of recruiting professionals said half or more of entry-level job applicants received at their company are not qualified for a position they applied to.
The interviewing stage itself is a pain point for the Class of 2016, who are facing a changing recruitment landscape. With increased competition, soft skills and individuality will be assets to the class, while recruiters cite being familiar with the company and its industry and being able to articulate past experience and marketable skills as a benefit in the recruiting process.
Download PDF 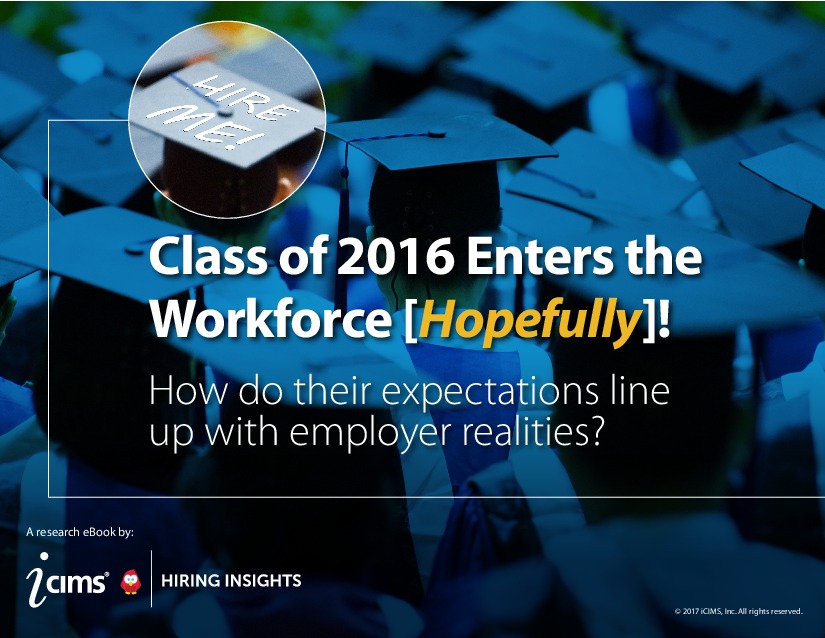 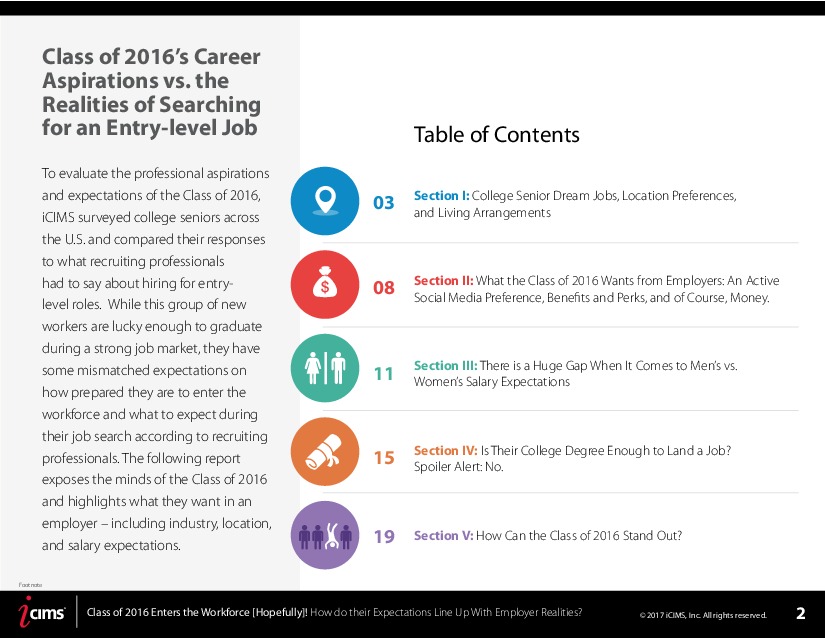 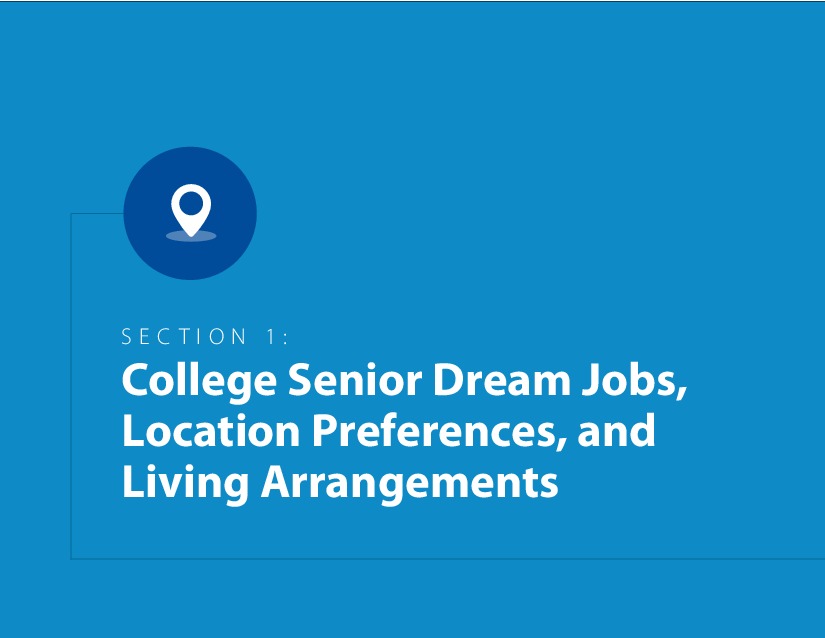 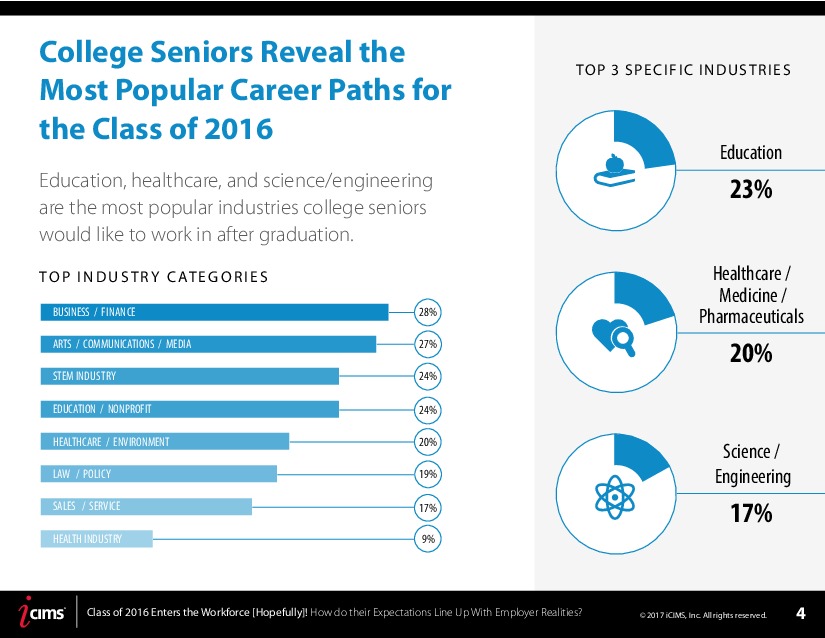 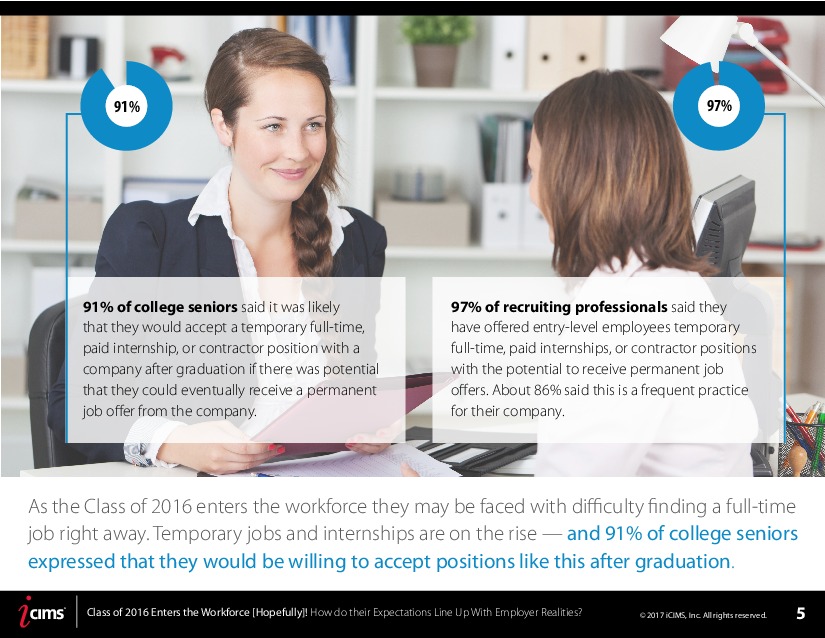 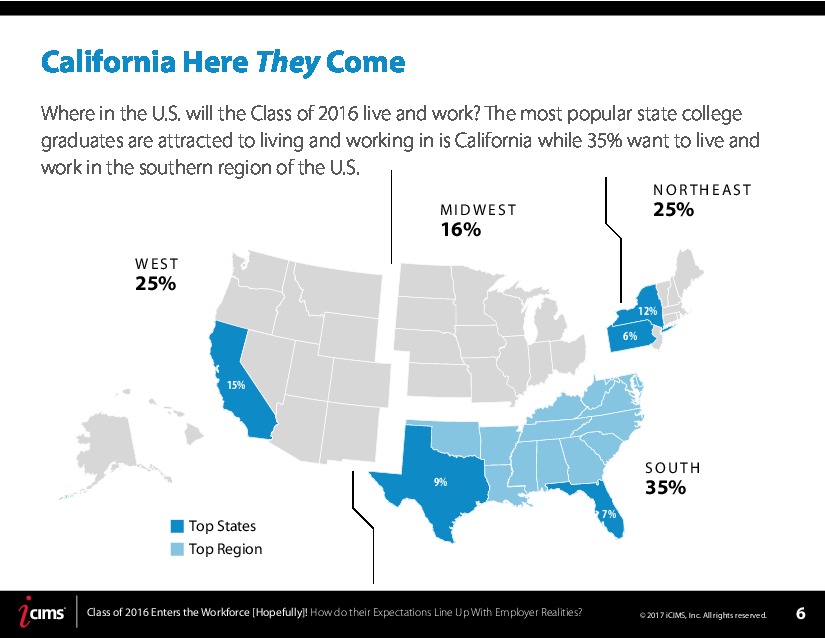 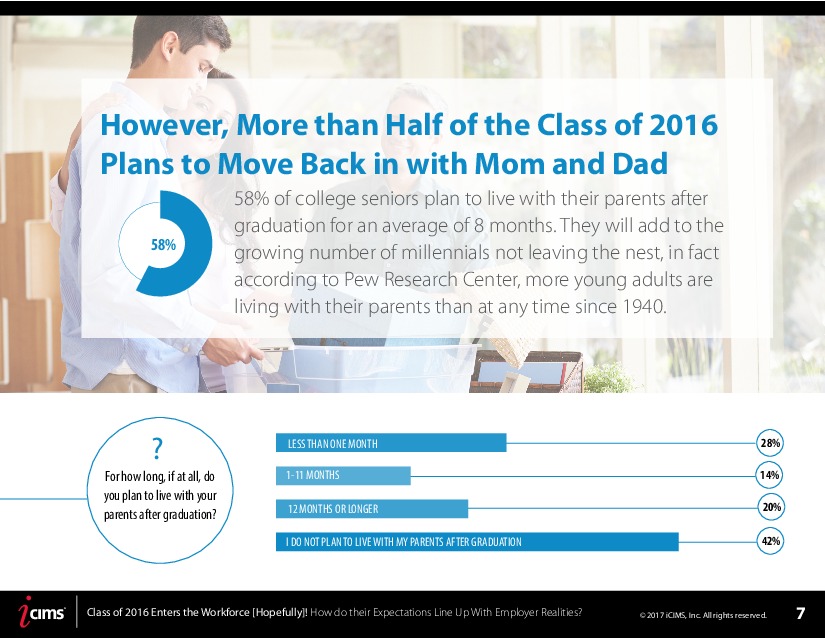 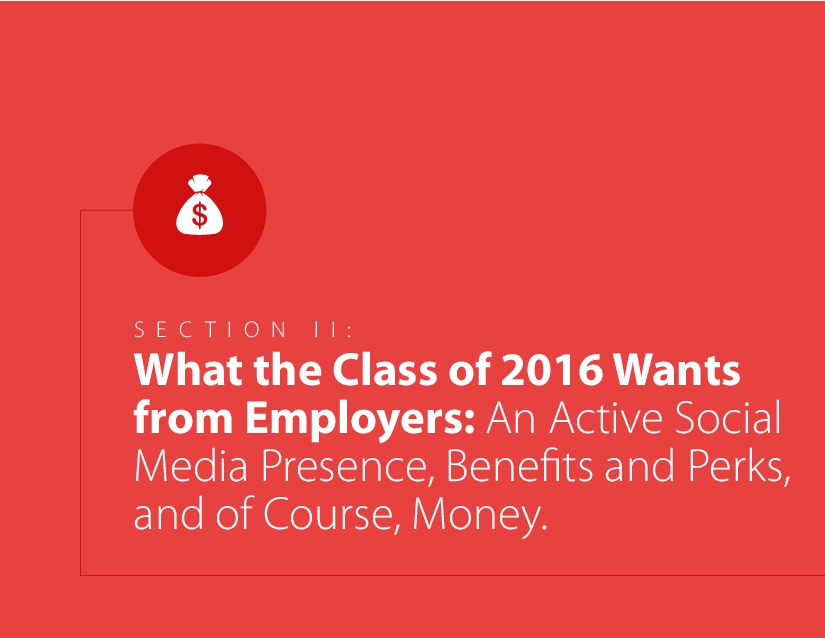 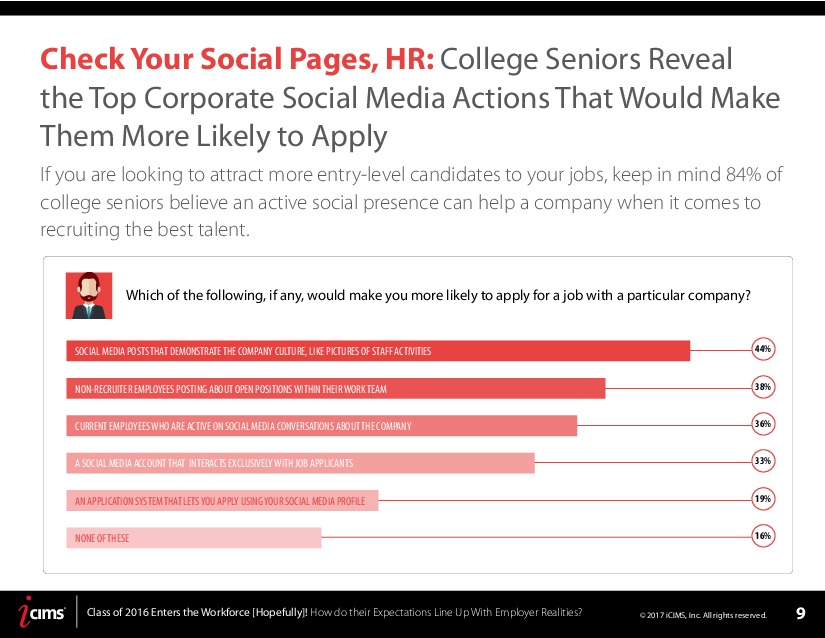 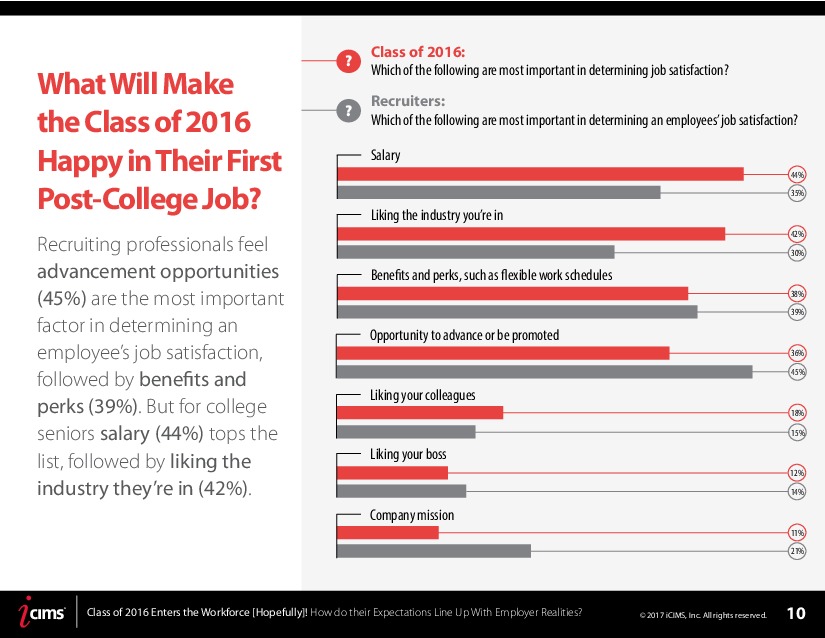 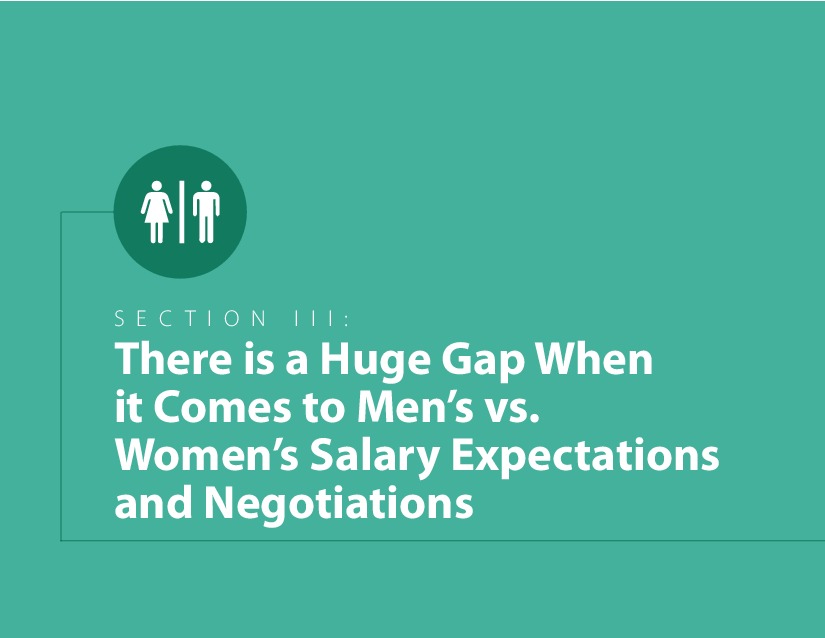 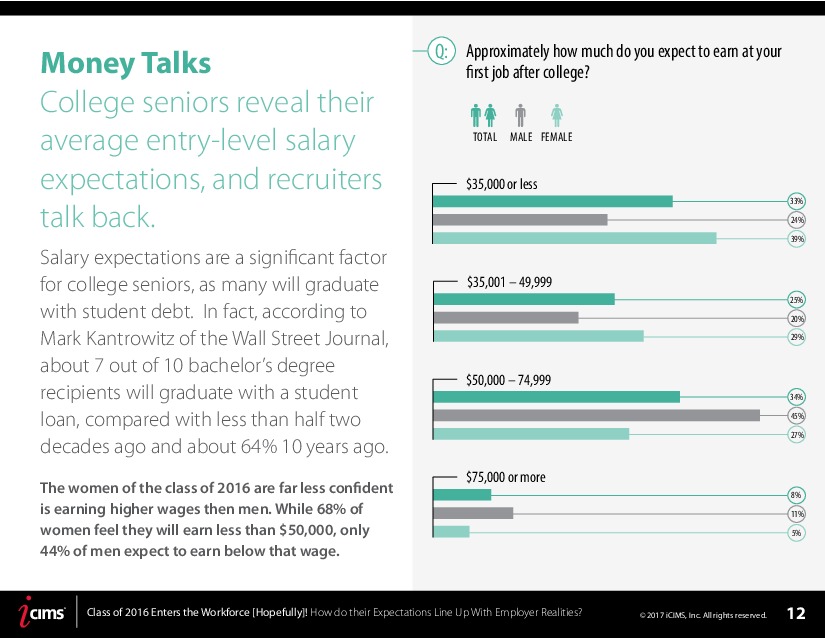 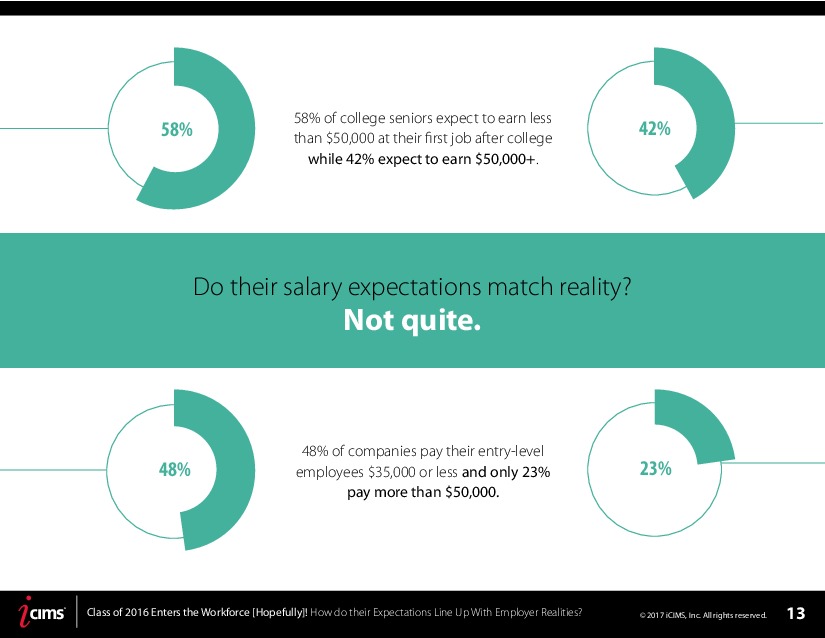 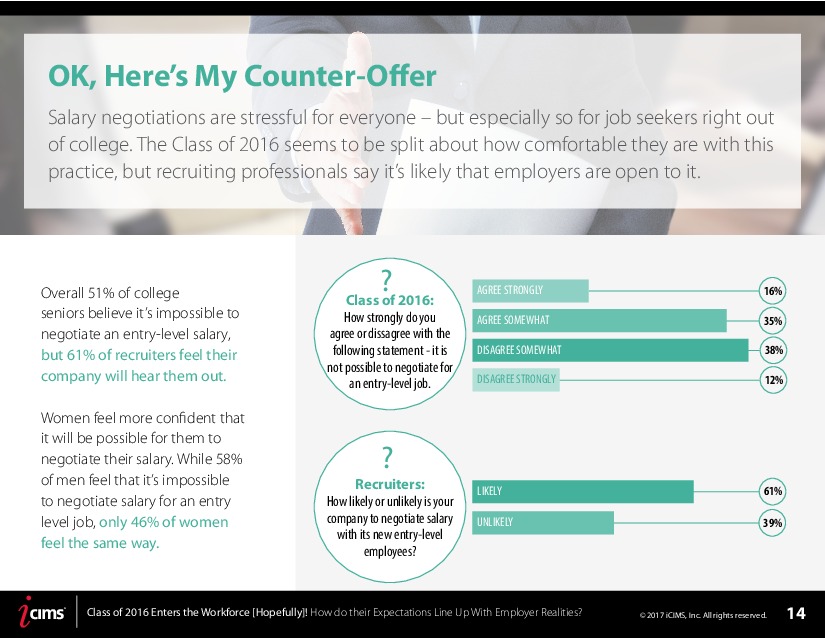 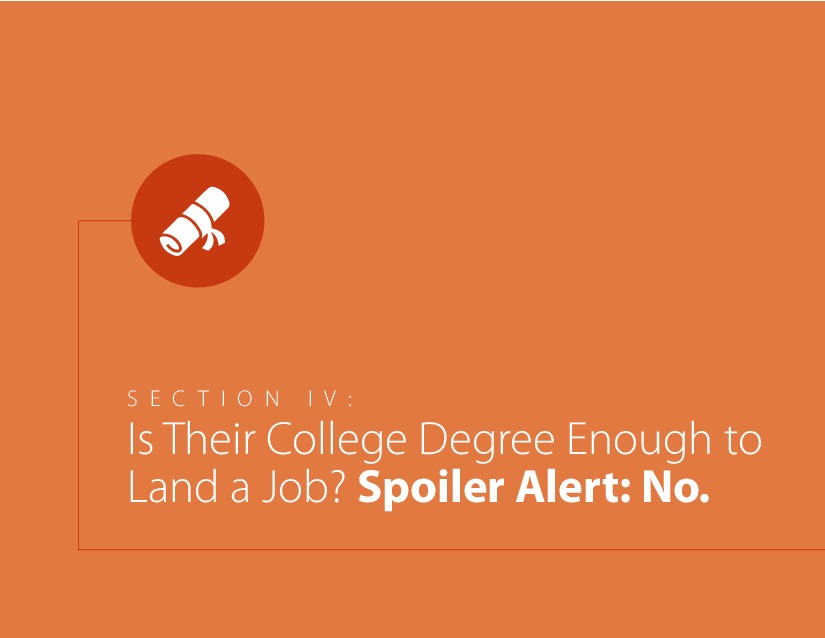 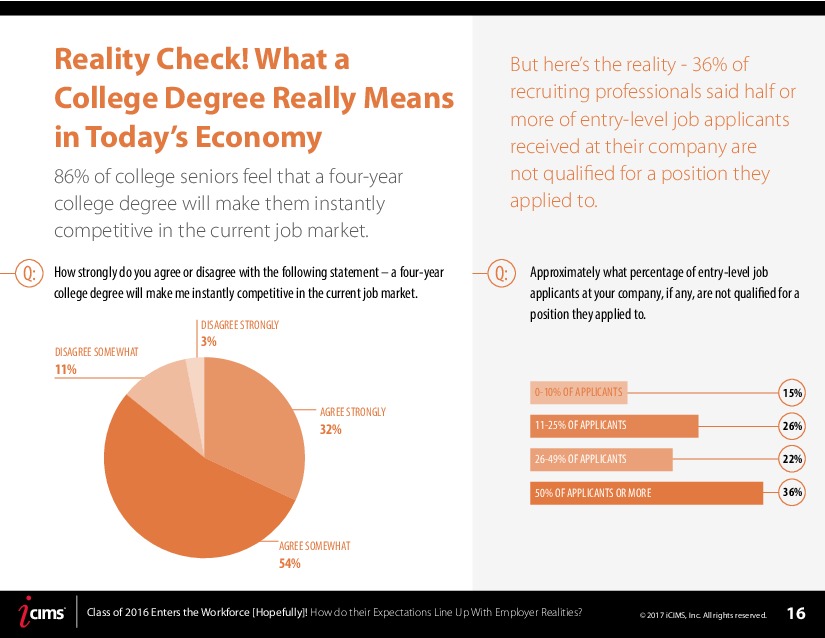 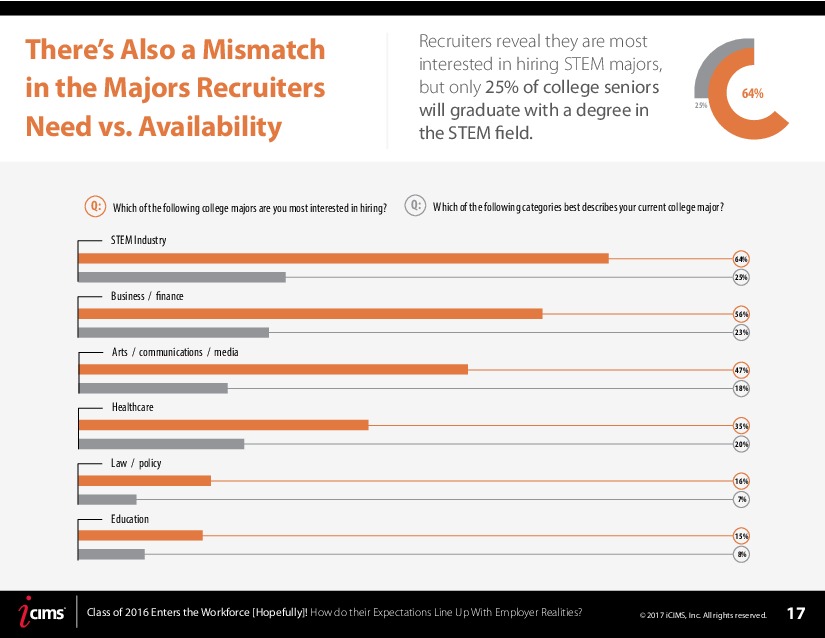 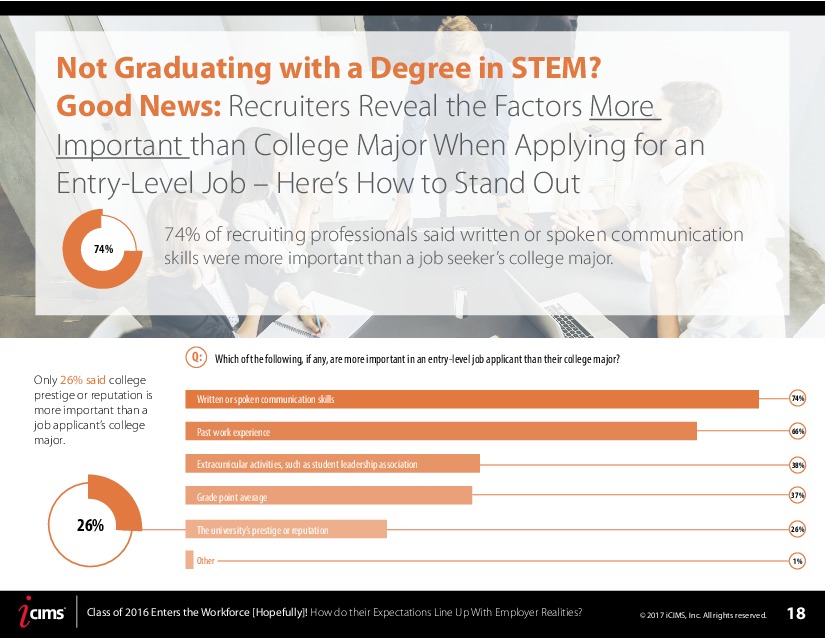 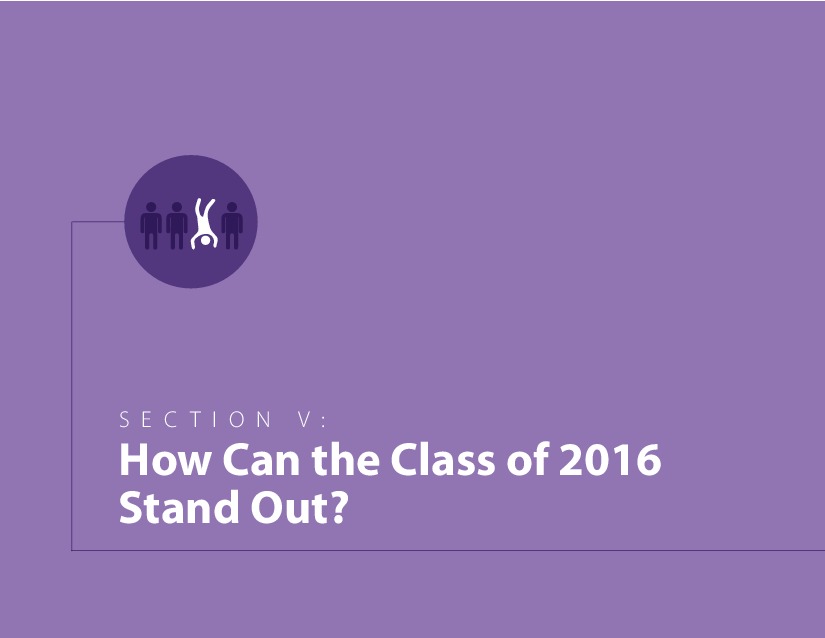 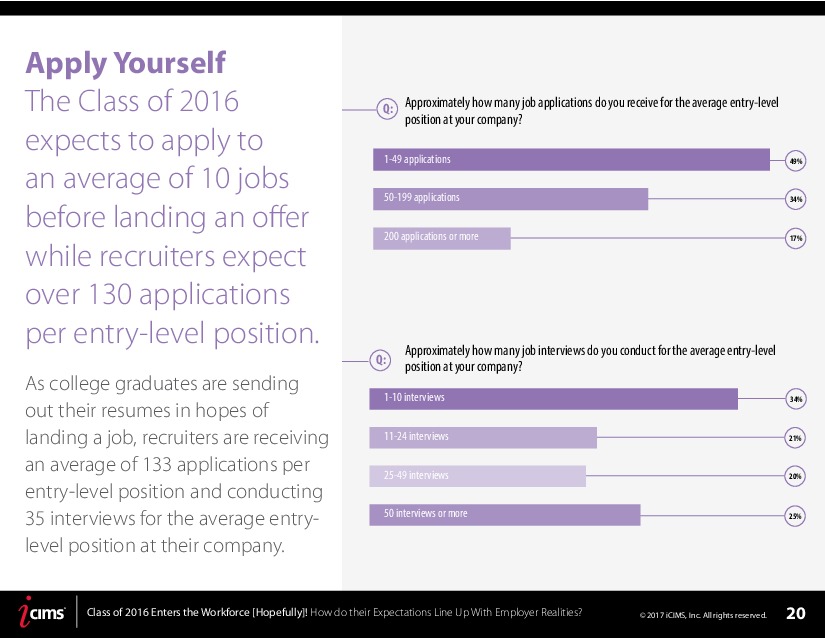 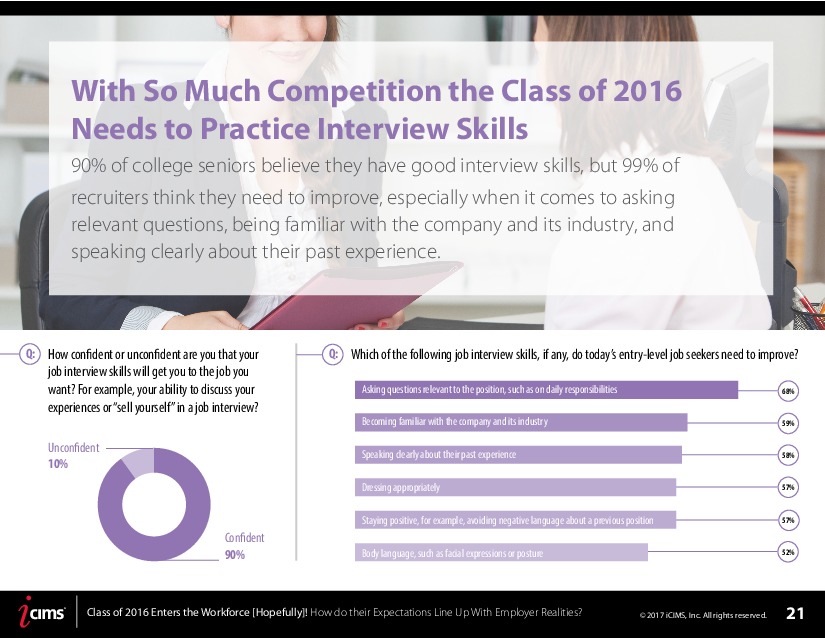 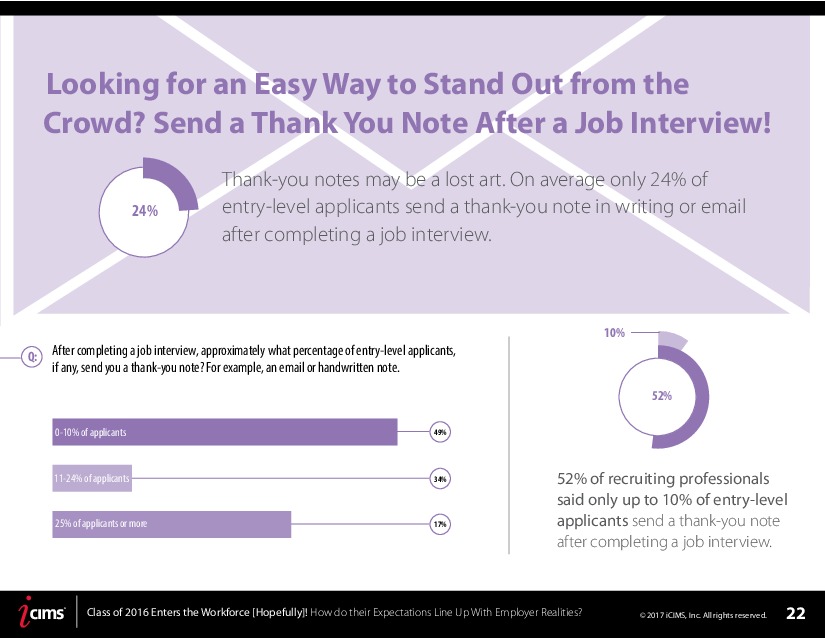 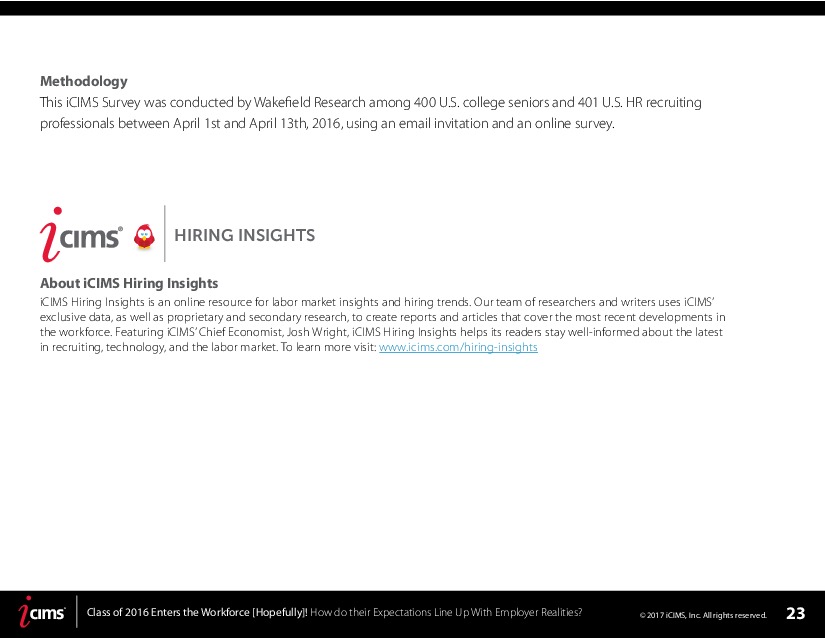 5 Questions to Ask Your Applicant Tracking System Vendor in an Age of Evolution
Wednesday, Sep 16, 2020
Why Accessibility Matters in Your Hiring Software: A Conversation with an Accessibility Engineer
Tuesday, Sep 15, 2020
What Would You Do with the Time Recruitment Automation Saves You?
Wednesday, Sep 02, 2020