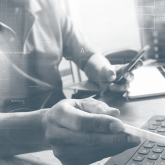 According to the Bureau of Labor Statistics, employment of computer and information technology occupations is projected to grow 13 percent from 2016 to 2026, faster than the average for all occupations. Because this industry is growing so rapidly, employers are finding an increased skills shortage and less available talent, forcing them to think creatively about where to find candidates and how training can help bridge the gap.

So, how can job seekers break into this fast-growing industry? Are technology employers excluding people who have the right skills but no degree or an unrelated degree?

This report explores the hiring needs and challenges in the tech industry and identifies the industries and occupations that are seeing the most growth and the skills that applicants need to land a job. 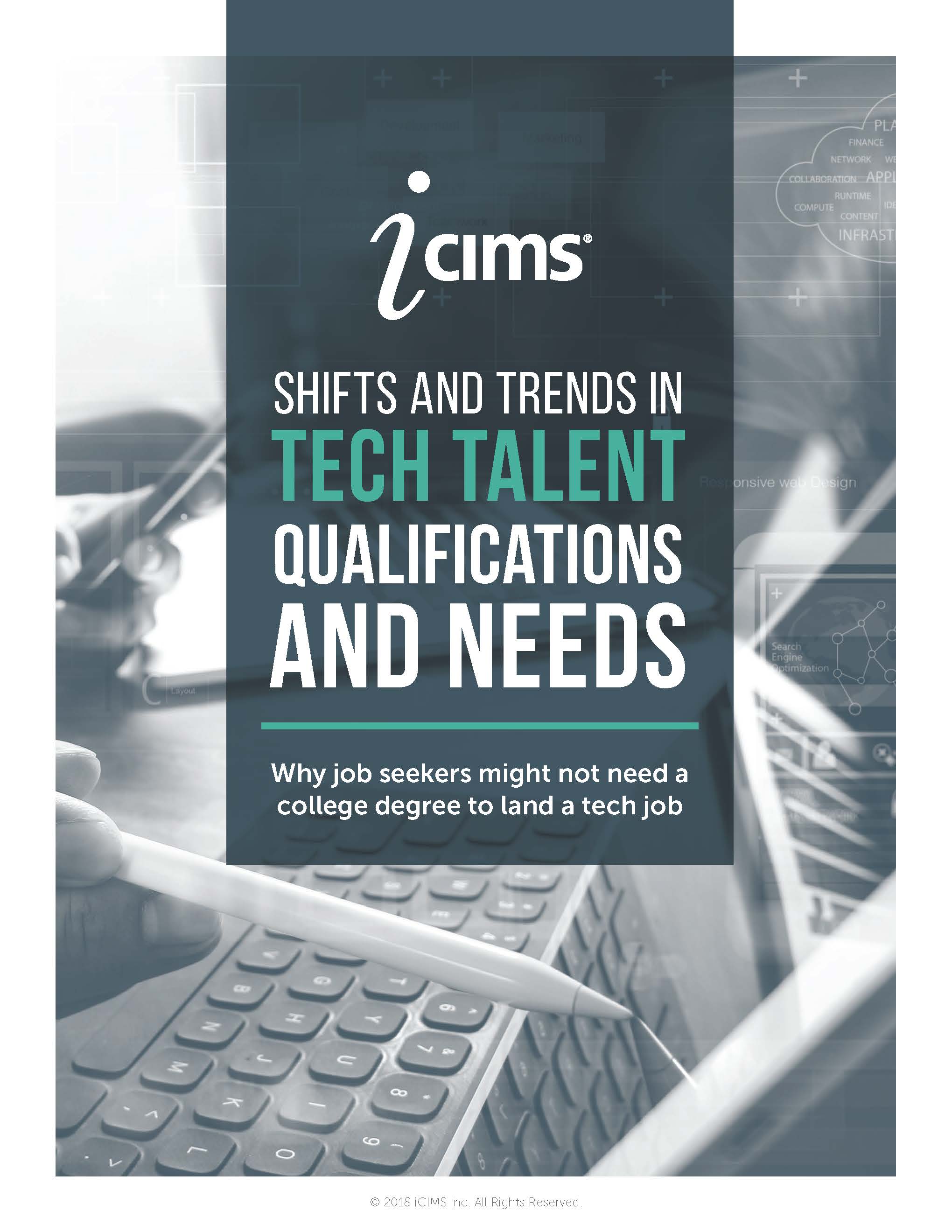 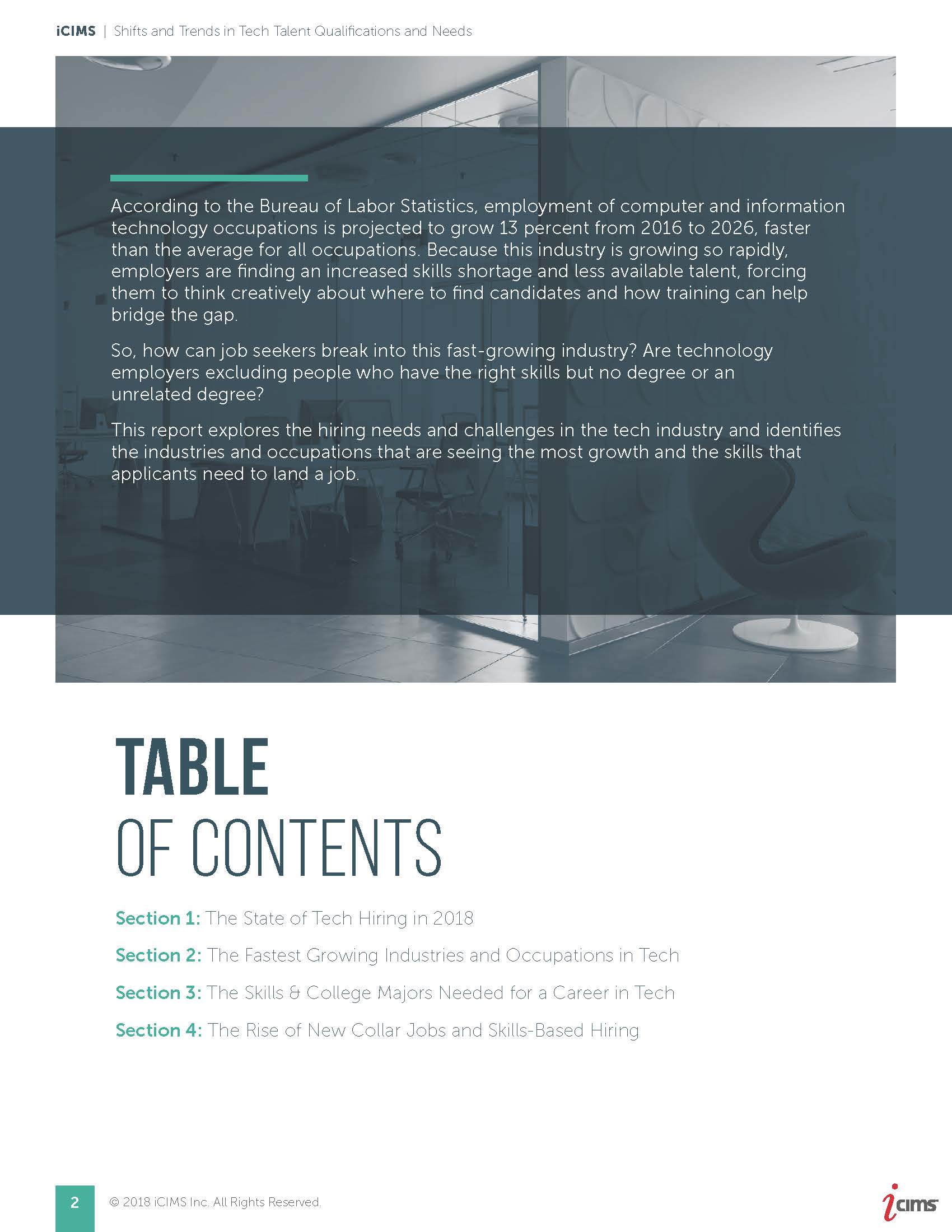 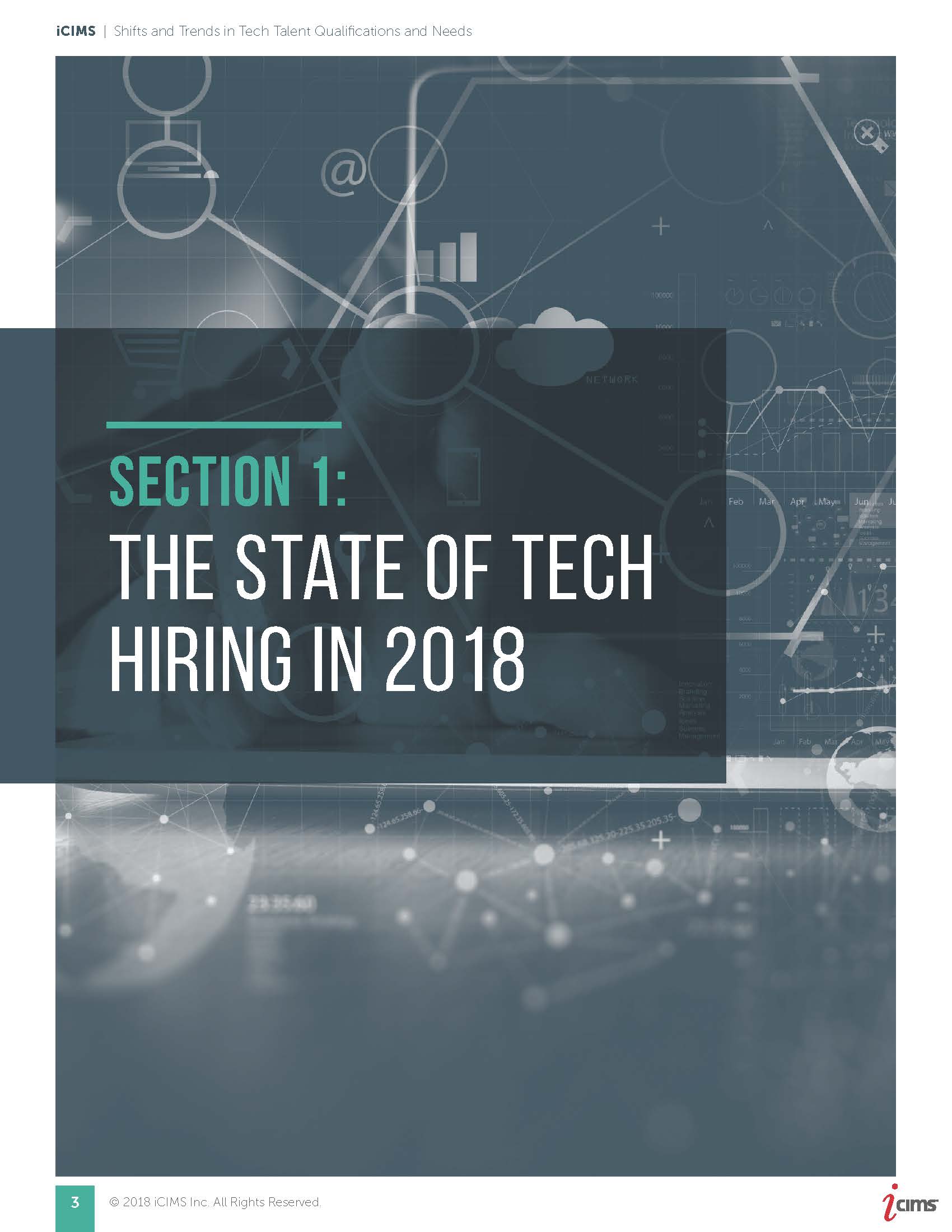 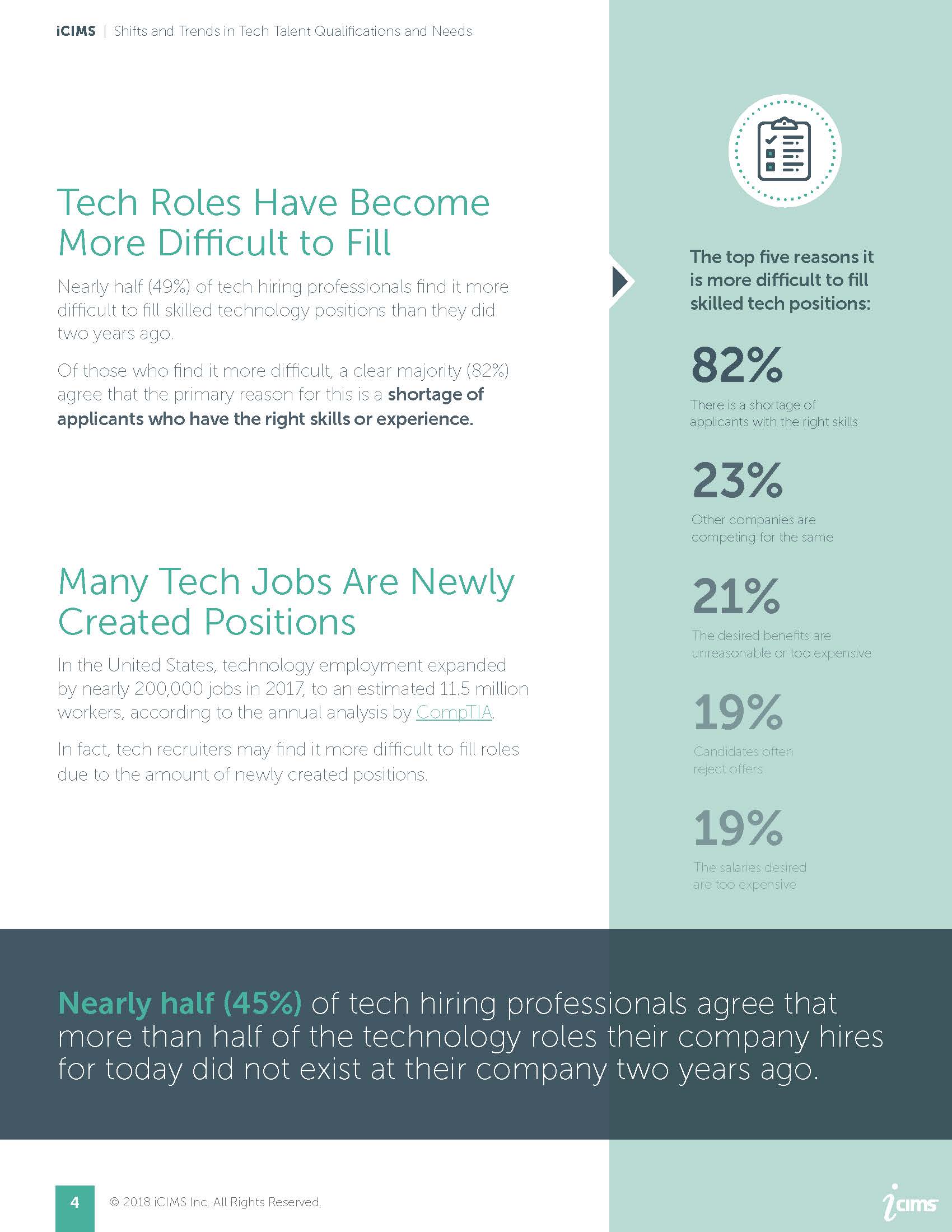 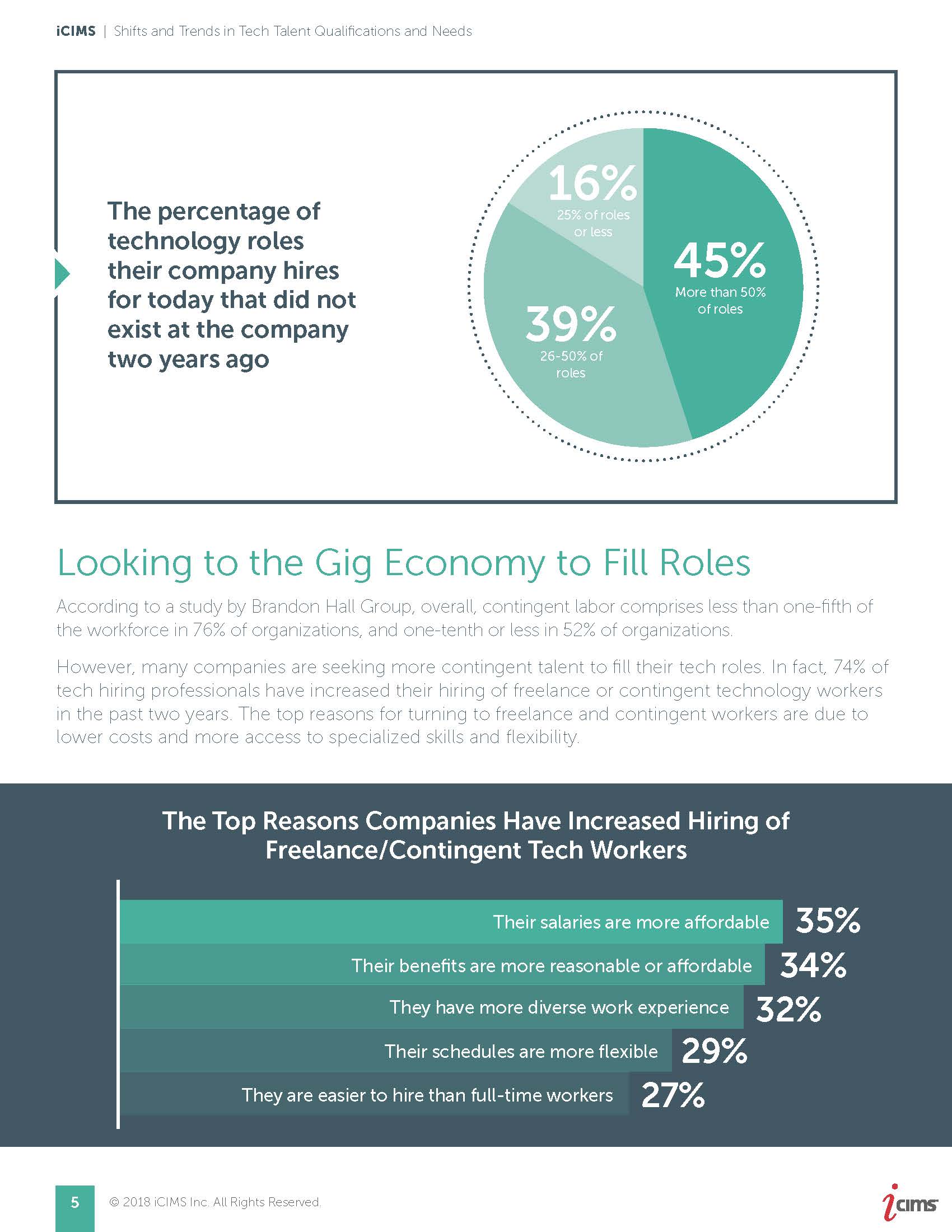 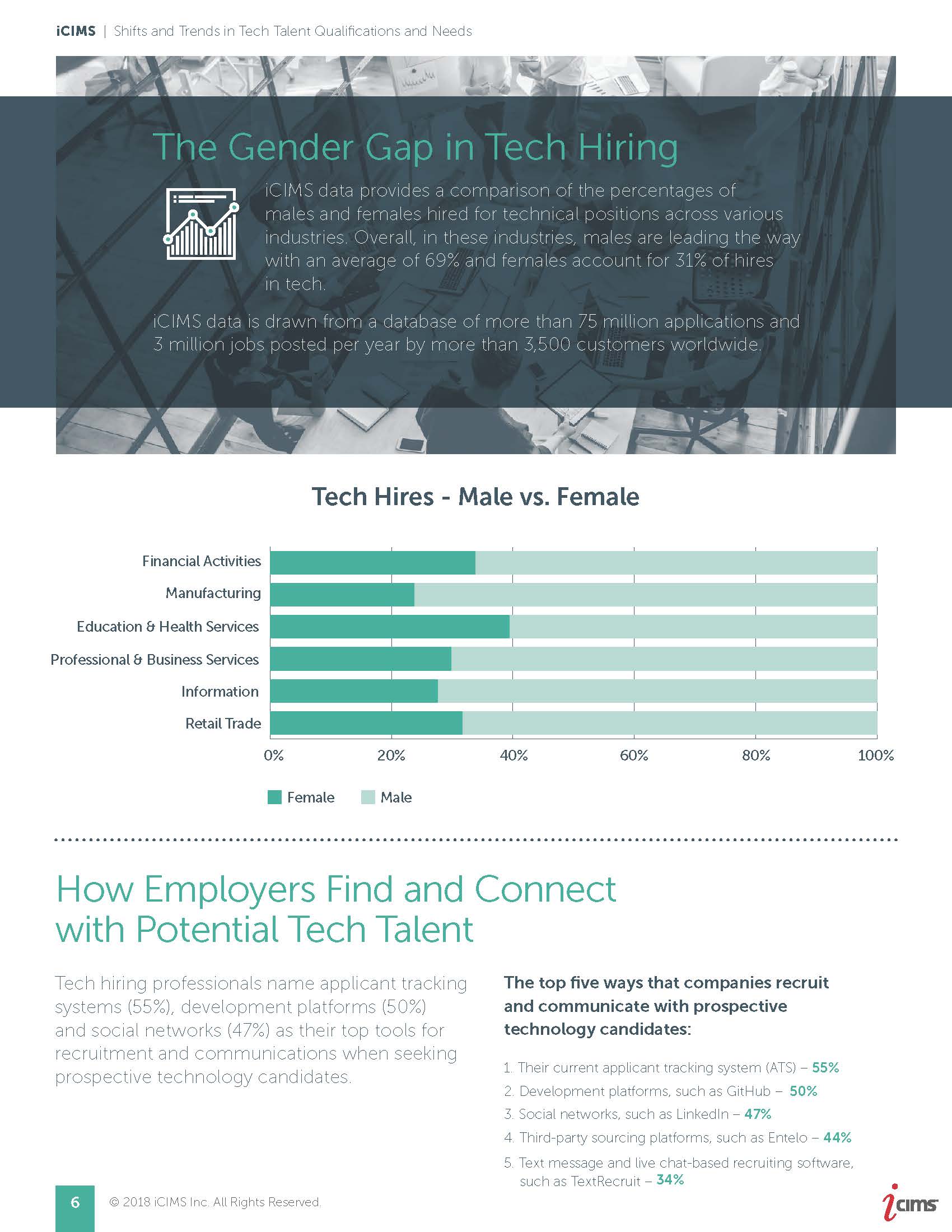 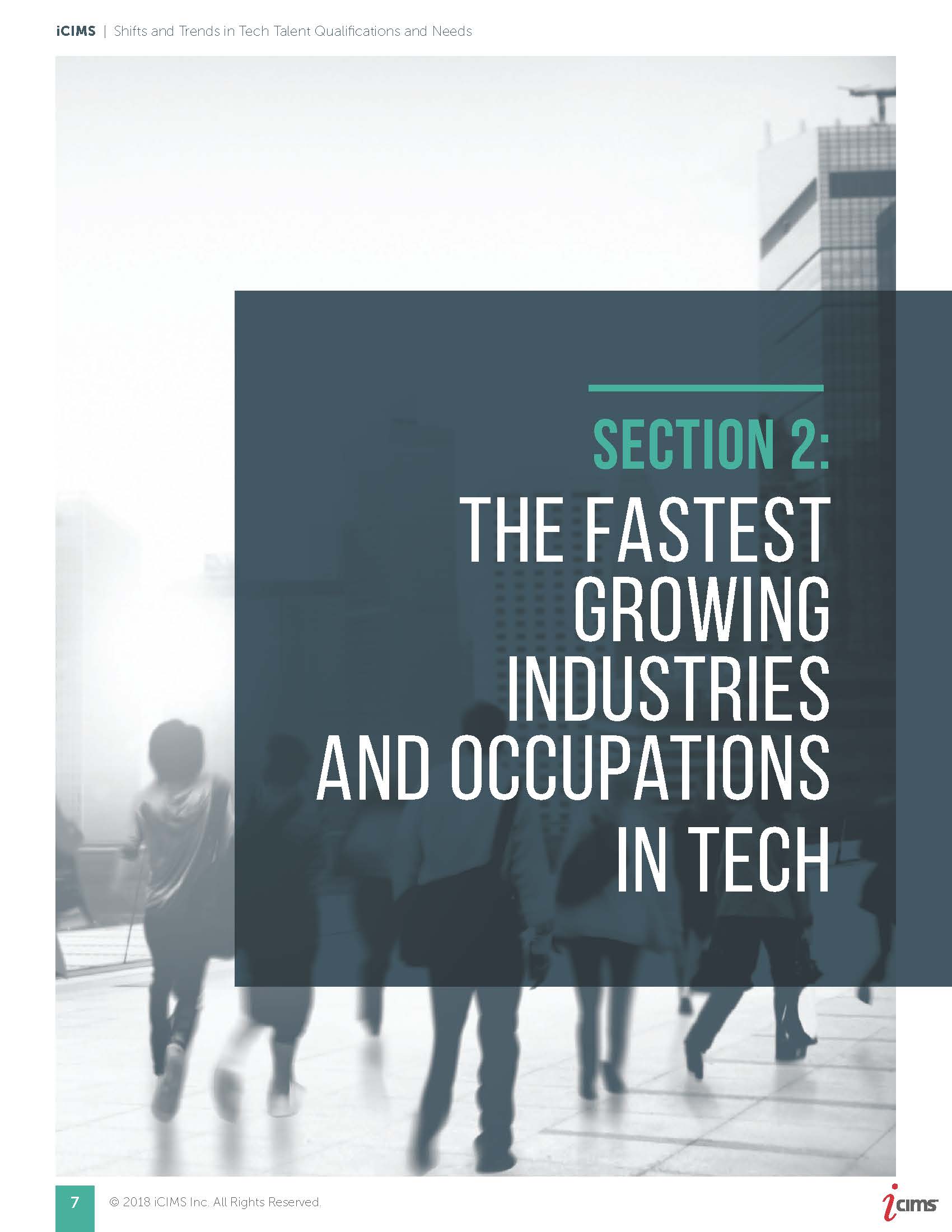 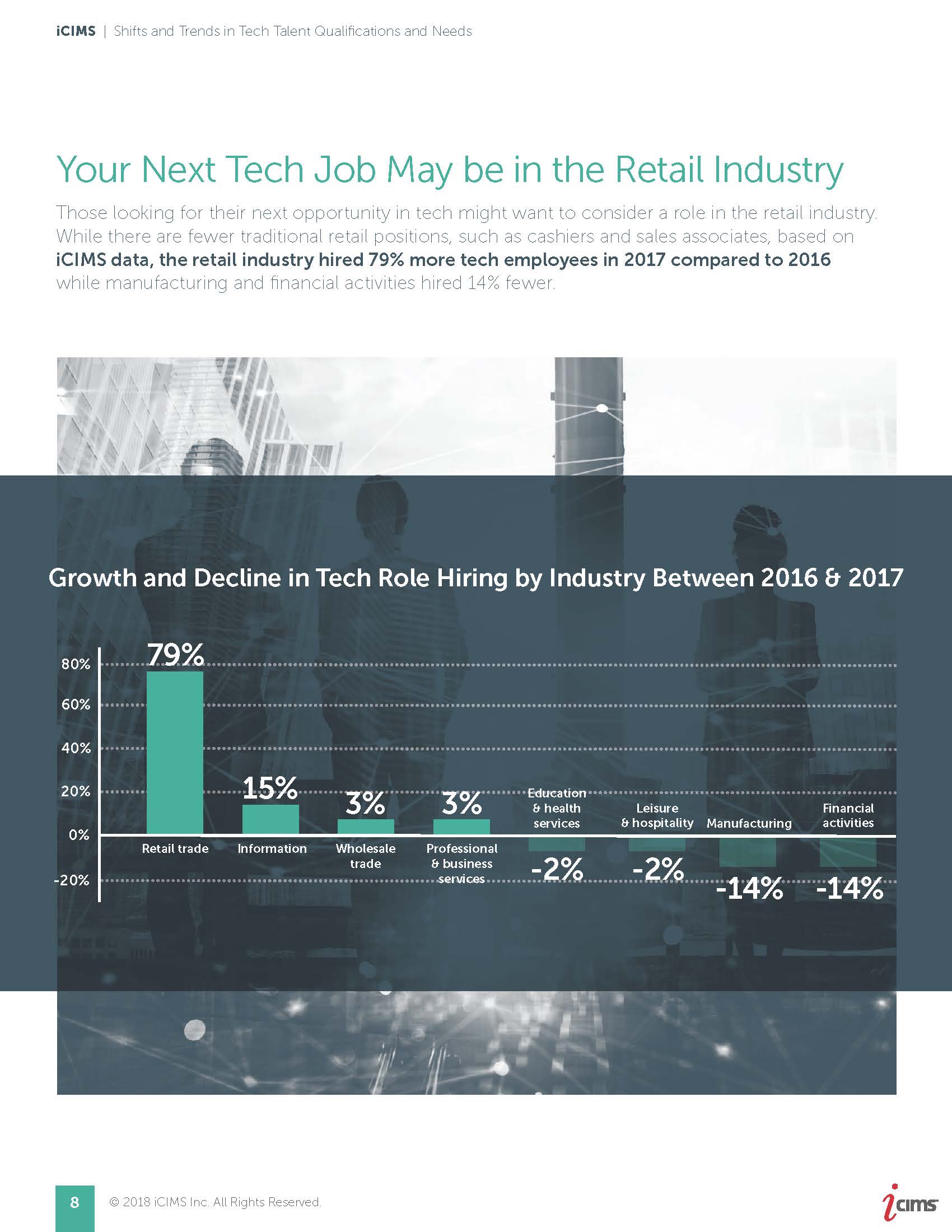 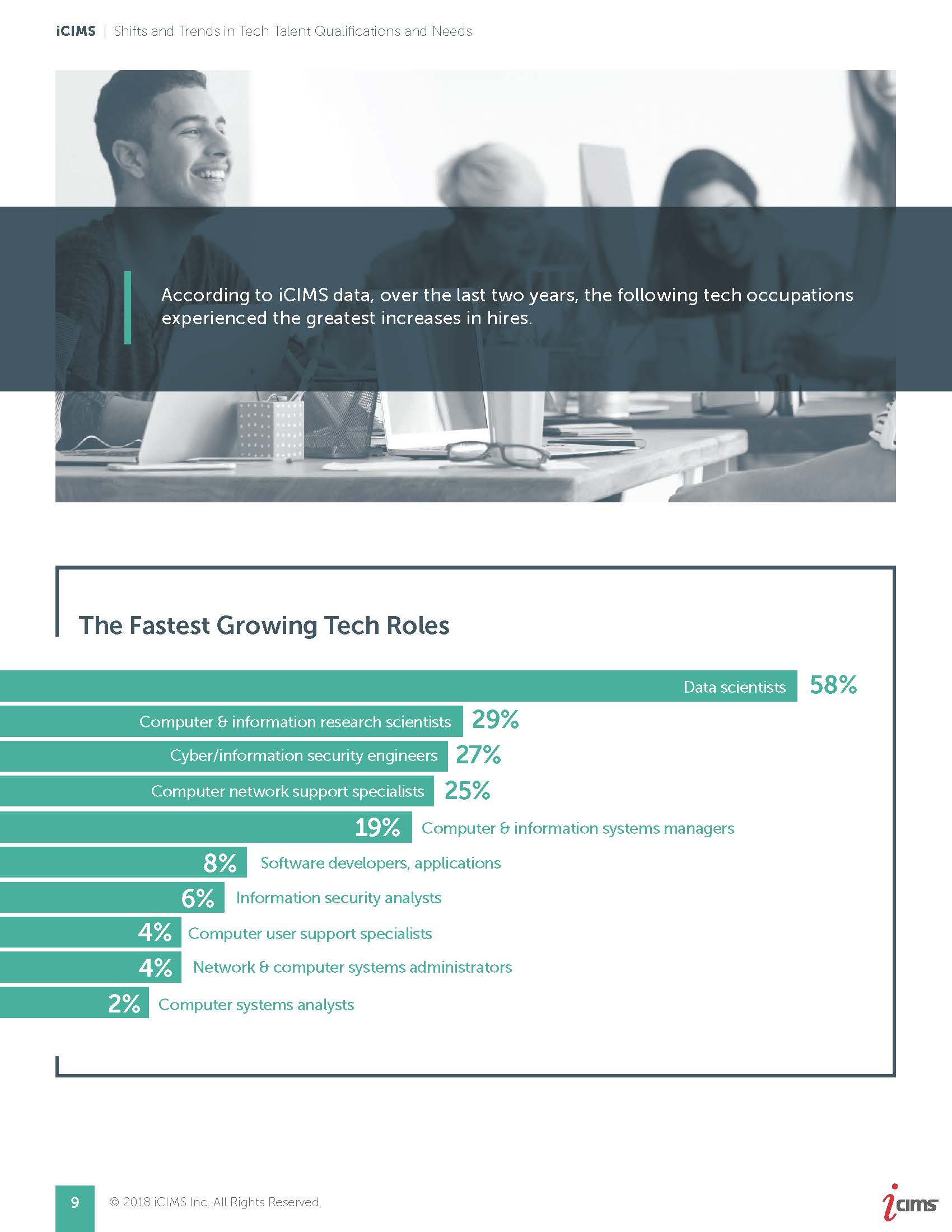 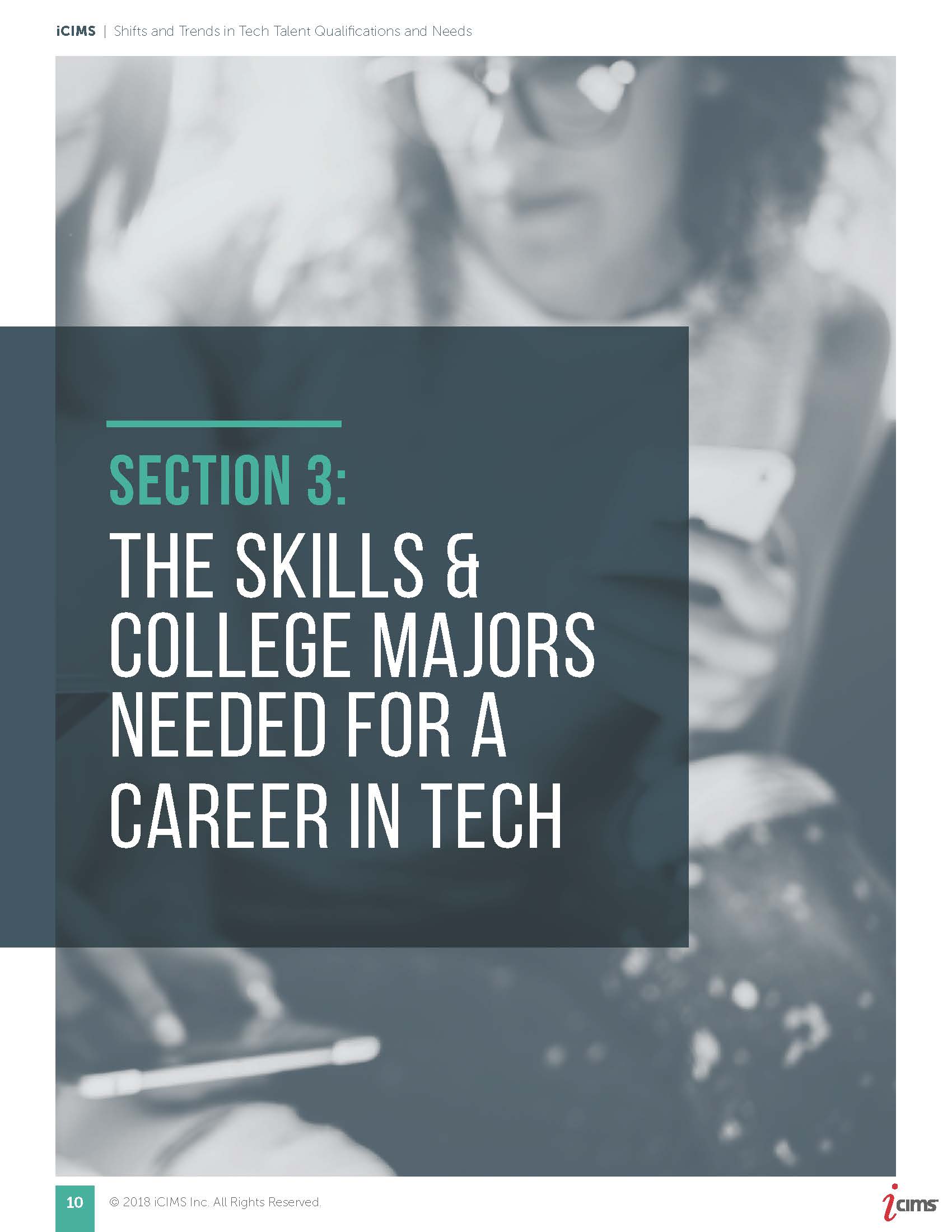 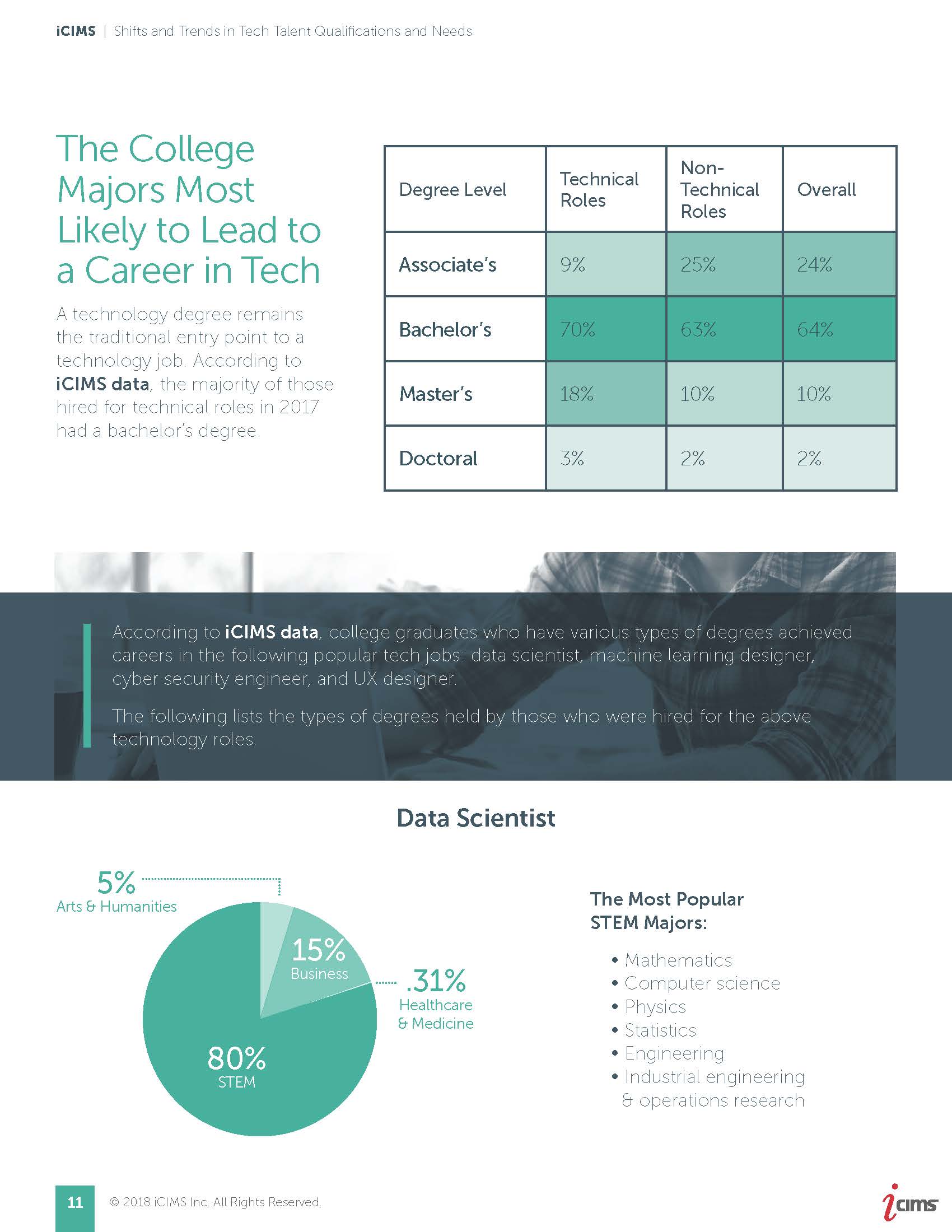 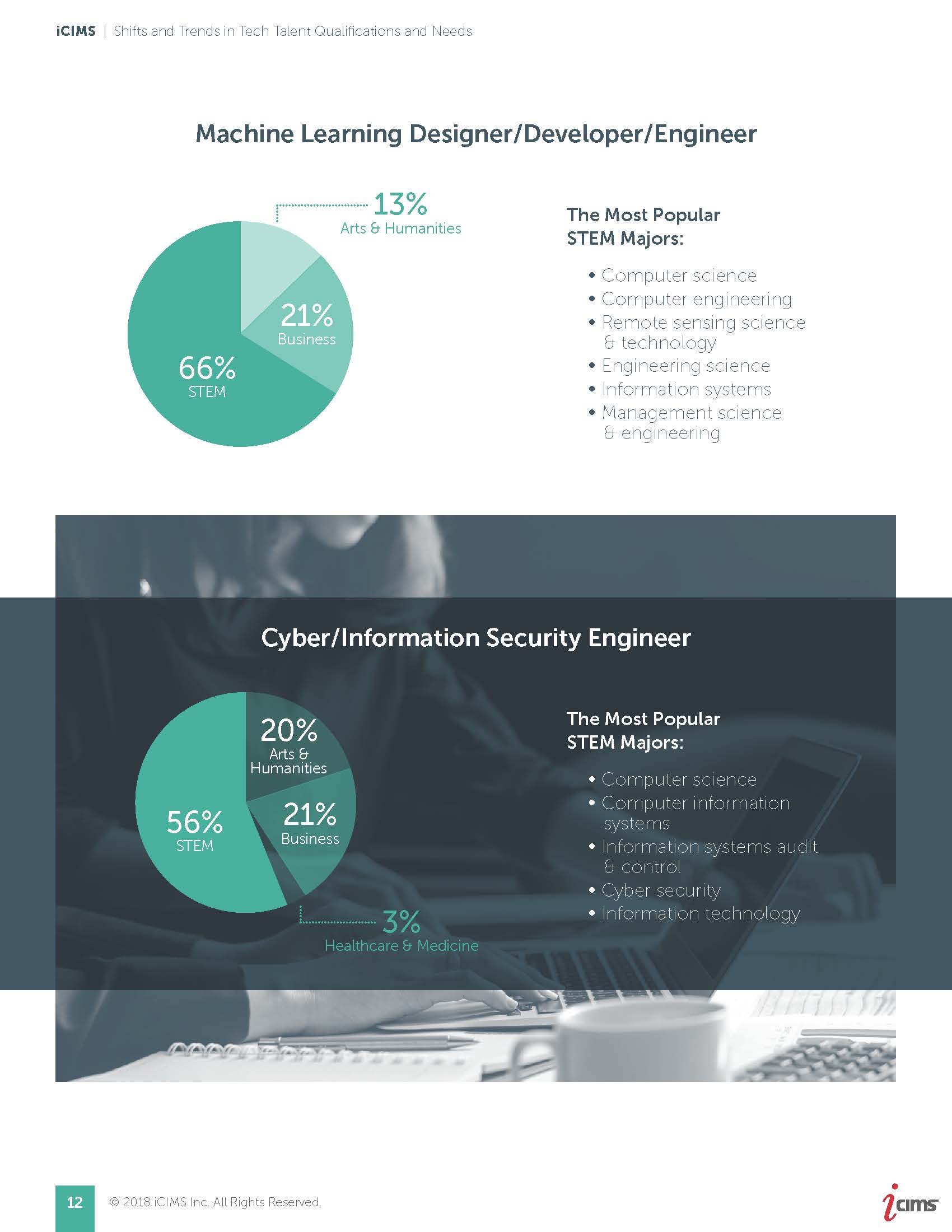 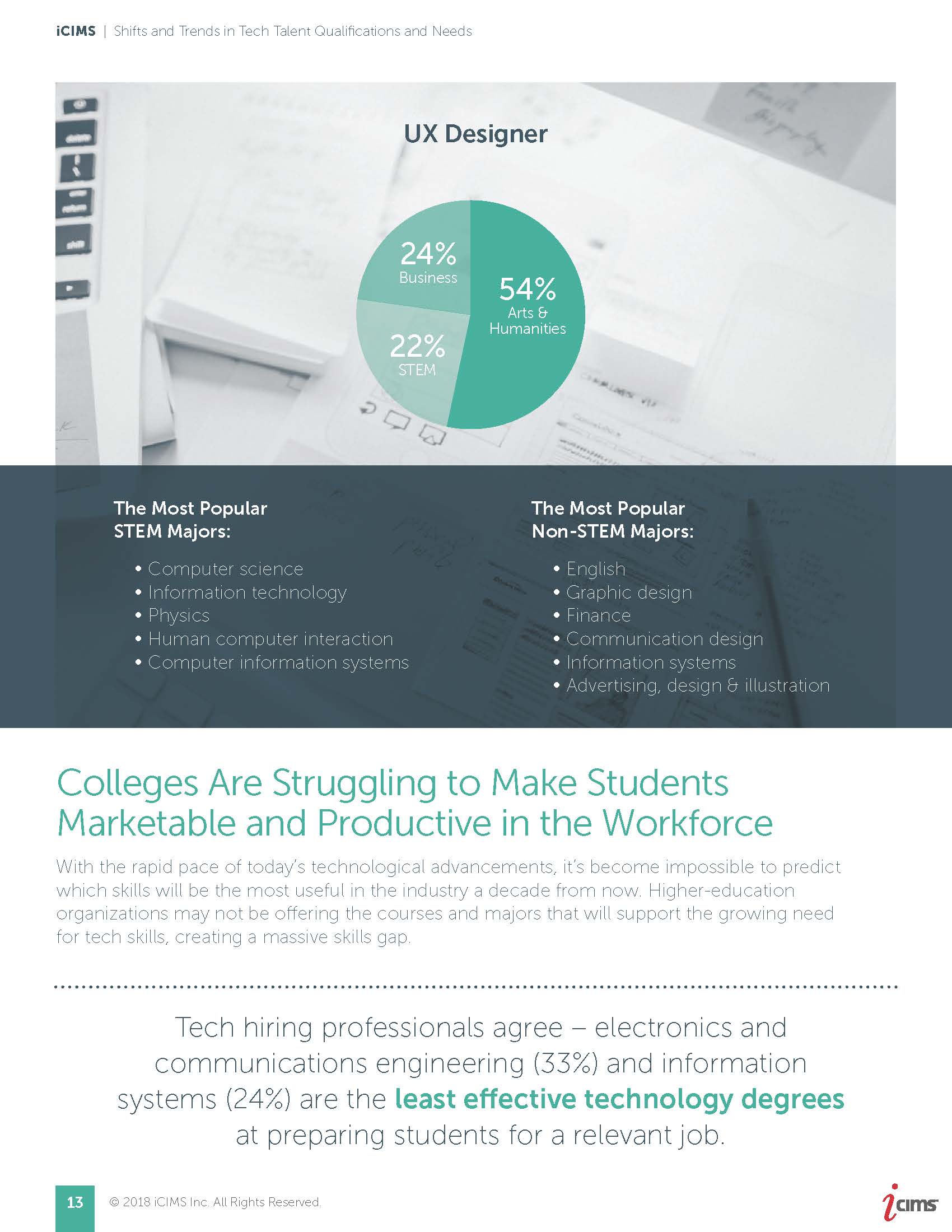 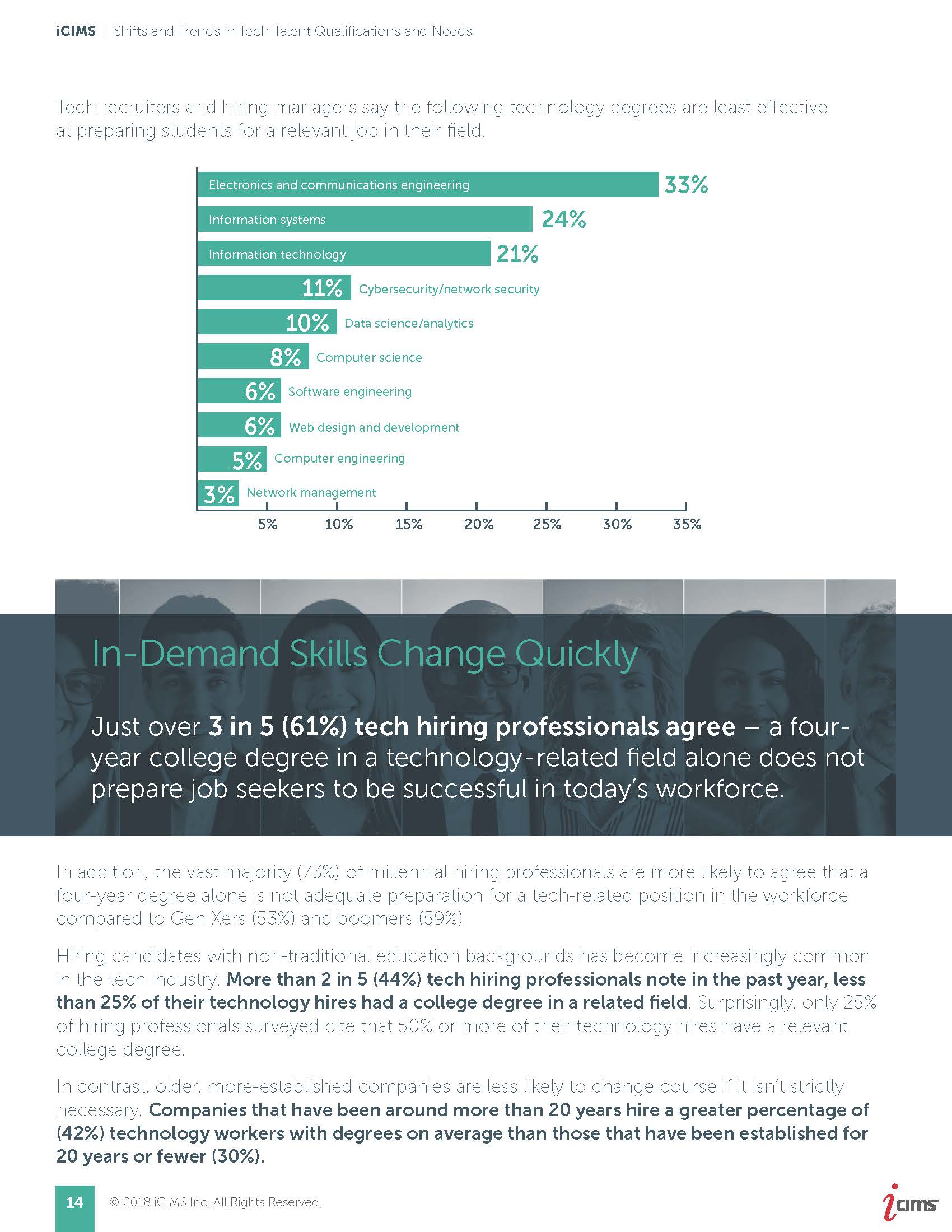 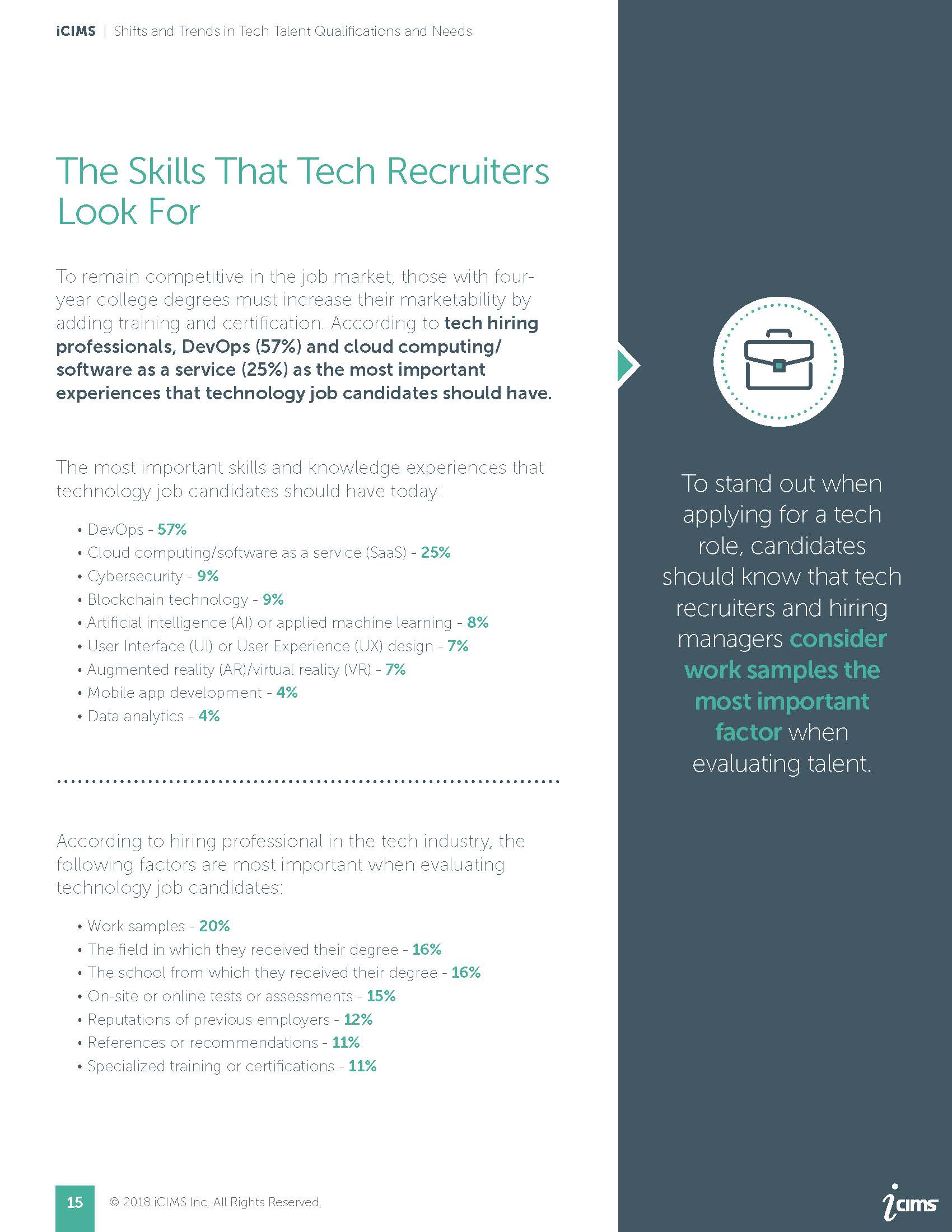 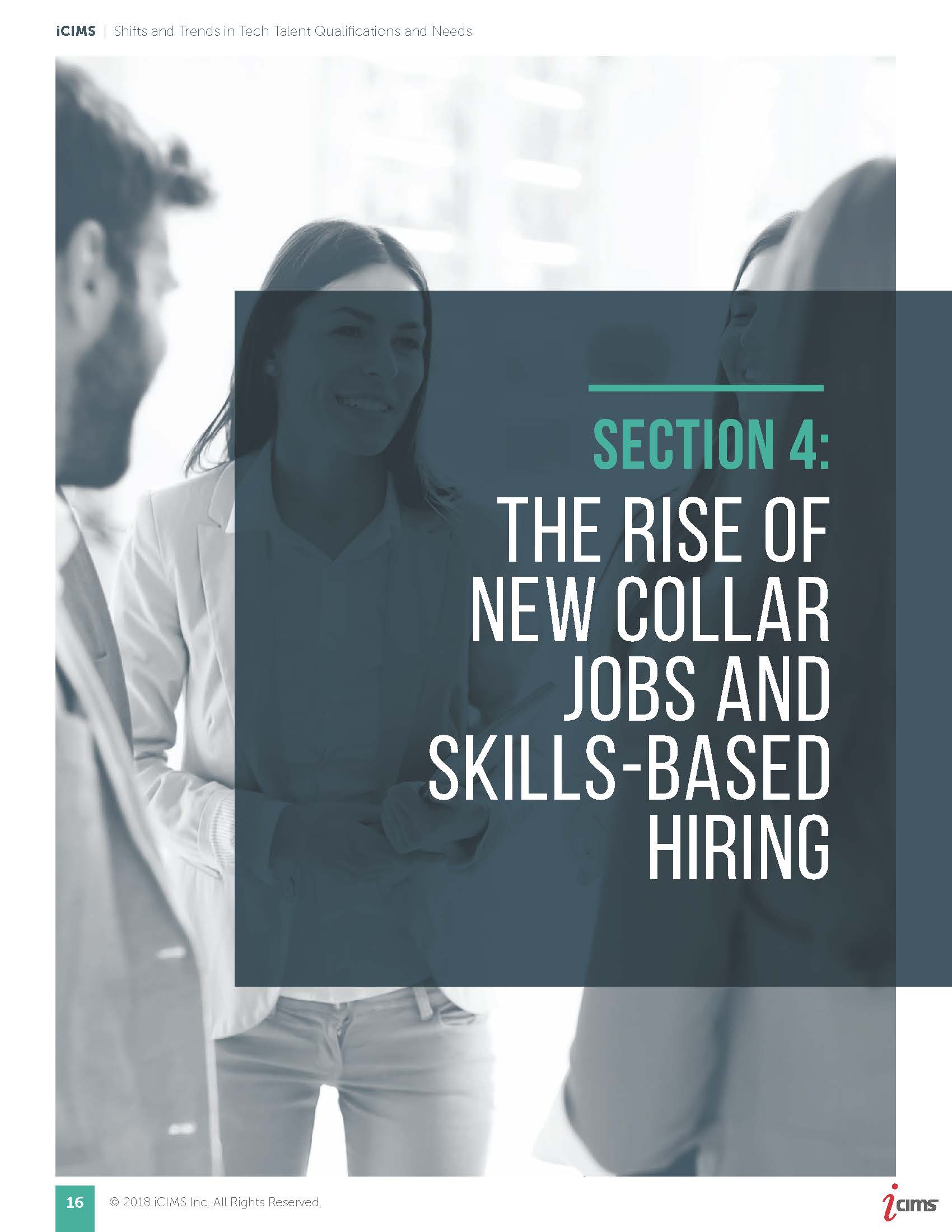 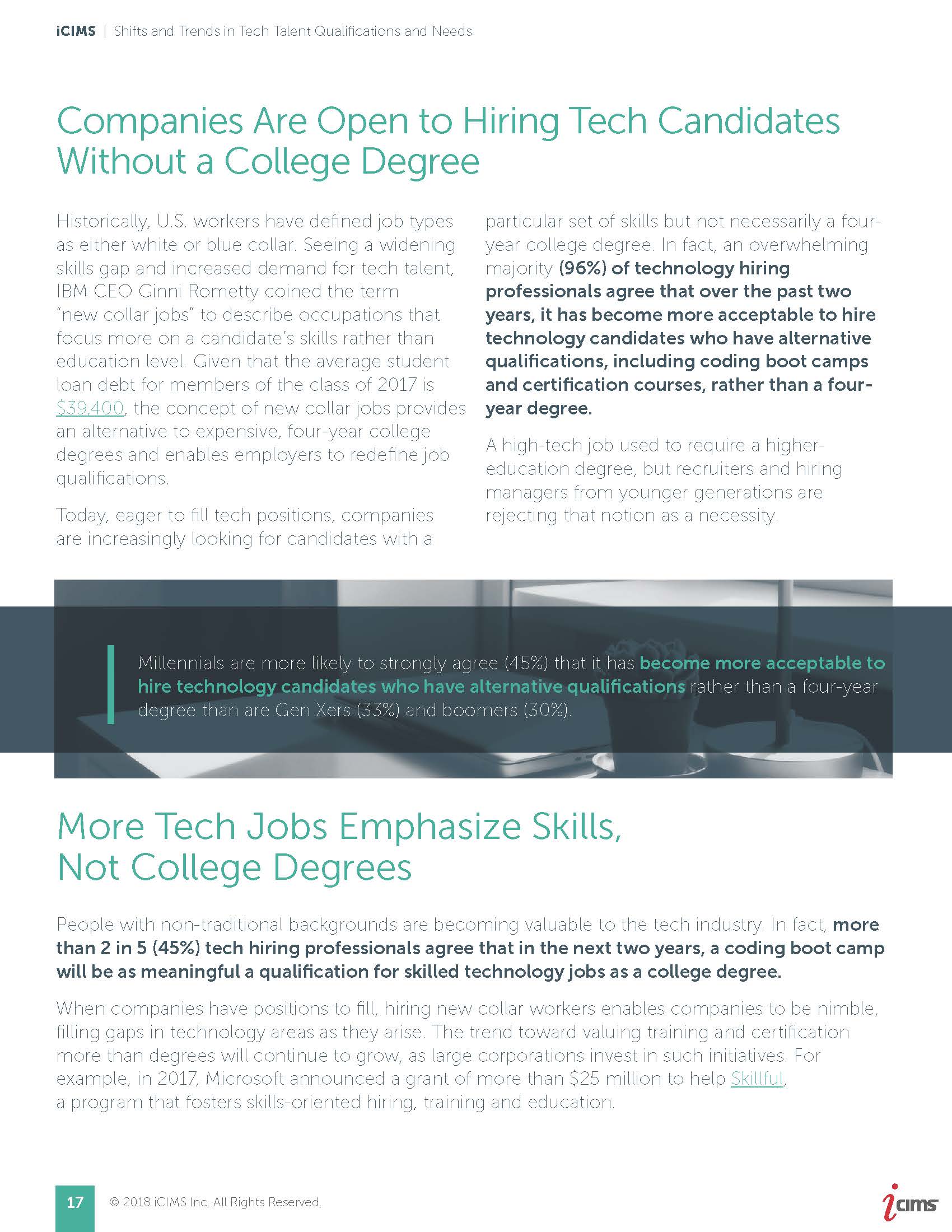 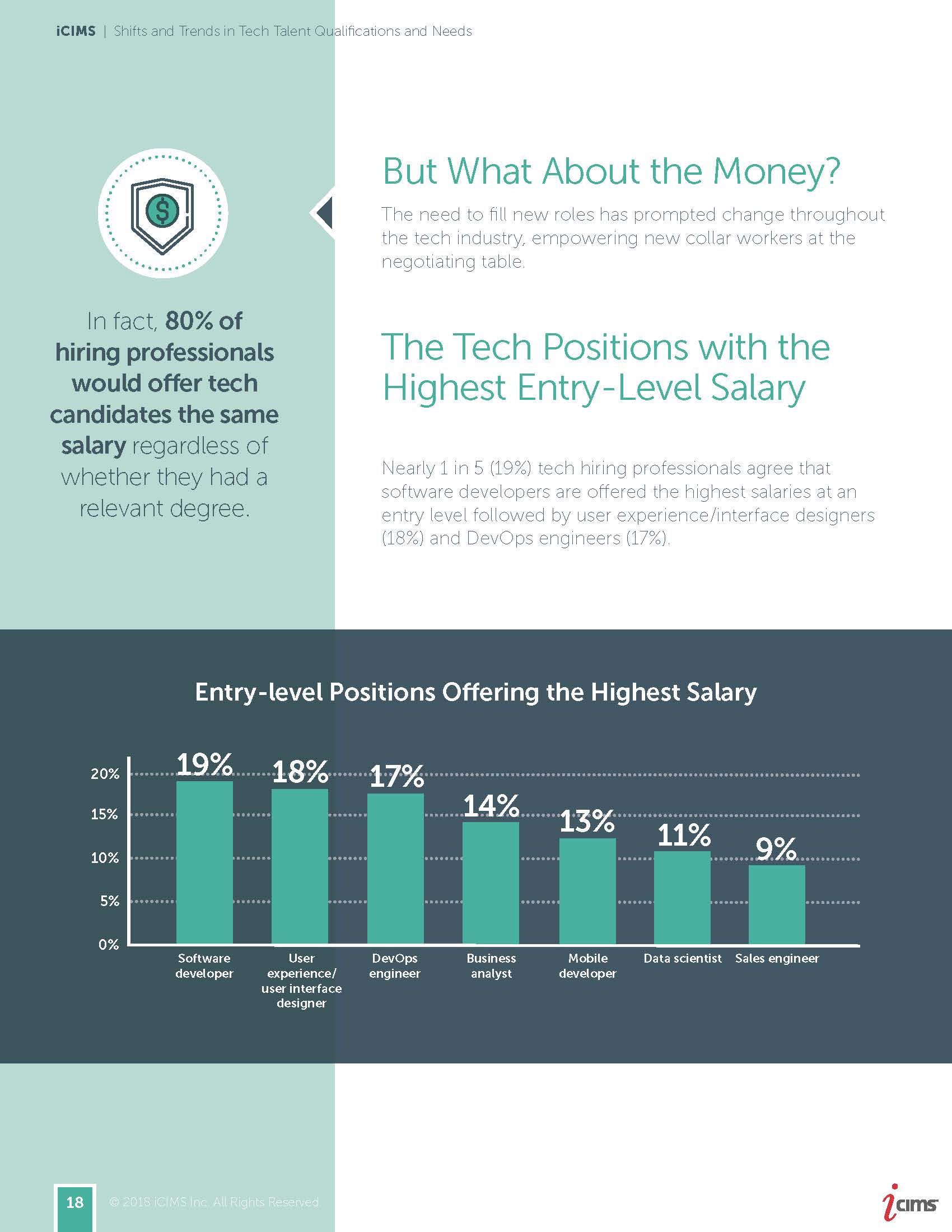