Normally, I’m an advocate of digging into the details and the subtleties. That’s still worthwhile with the mixed bag that is the May jobs report, but there’s actually a pretty clear message shining through, at least from the perspective of financial markets and policymakers. It’s all about risk management, and from that perspective, this was another sign that the Federal Reserve is on track and a June hike is all but guaranteed.

Some commentators have been panning this as a “weak” jobs report, but it’s actually one that shows important signs of health. The moderate headline is one of them; the more worrying parts lie elsewhere.

Contrary to what you might read elsewhere, the slowdown in job growth is actually a good thing. The Fed wants to see job growth moderate even more, because at this stage of the recovery, job growth should be subsiding to the level of new entrants in the labor market. That is estimated to be around 100,000 a month or a bit less – not far from the current 3-month average for payroll growth. More jobs than that would keep driving the unemployment rate lower, which is getting to be a dangerous proposition with interest rates still quite stimulatively low, even if inflation has faltered recently.

The most interesting thing about the breakdown by industry was how broad-based the slowdown was. The diffusion index declined to 54.8 from 61.3 – just below the 55.4 posted in March, when job growth was a mere 50,000. It was disappointing to see manufacturing payrolls decline outright (-1,000 versus 11,000 prior) and construction payrolls remain low (6,000 versus 9,000), but the latter wasn’t too shocking in light of recent weakness in housing data. Unfortunately, retail trade continued to shed jobs (-6,000 again).

In a surprise, the unemployment rate dropped again – this was the first time its unrounded rate has dropped for four straight months since late 2013, before the Fed began raising rates. This was actually a troubling development, for two opposing reasons. First it was driven in part by a significant decline in labor force participation, suggesting this was not really such a sign of strength. Second, it takes unemployment farther below the point that most economists believe is sustainable for the U.S. economy. That suggests growing risk that the U.S. economy will overheat and the Fed will have to accelerate its rate hikes.

Partially consistent with the latter view, we got a surprisingly large drop in the U6 underemployment rate of 0.2 percentage points, as involuntary part-time workers declined by 53,000. It is certainly encouraging that more people who want full-time work are able to find it. However, even if it suggests there may still be a little slack remaining in some corners of the labor market, it also suggests there is not much of it left. Over the last 12 months, the U6 underemployment rate has declined almost twice as fast as the canonical U3 unemployment rate. The difference between the two rates is within 0.3 percentage points of its average over the “old normal” period of 1994-2007.

The rate of wage growth remained was stuck at 2.5%, but this was widely anticipated, due to a calendar quirk. As recently as December 2016, average hourly earnings were growing 2.9%, and it remains a puzzle why wage growth is so lackluster. Perhaps it is due to weak productivity growth, perhaps there is a bit more slack in the labor market, or perhaps the U.S. is importing low inflation from global overcapacity. The puzzle endures, and it will take more time to solve it. In the meantime, there’s monetary policy to be made.

This report gives the Fed more than enough justification to proceed with an expected rate hike at its meeting later this month. With job growth moderating and both unemployment and underemployment declining, the job market is beginning to look a little more normal. While that’s encouraging, it’s also a risky situation, since the Fed’s policy rates remain abnormally low and any rate hikes will affect the economy with a months-long lag. This very gradual normalization in the labor market seems to be vindicating the Fed’s very gradual approach to normalizing its policies, but we all know that policymakers will be judged by the final outcome more than the intermediate one. That means that a September hike looks likely too, barring any disruptive crises arising from debt ceiling debates or elsewhere. 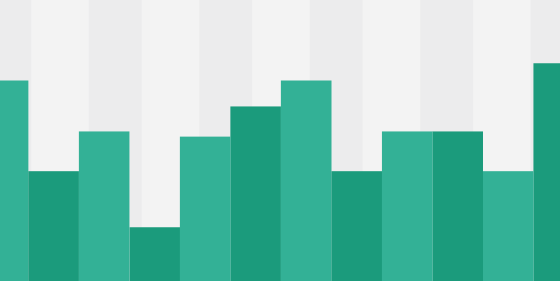