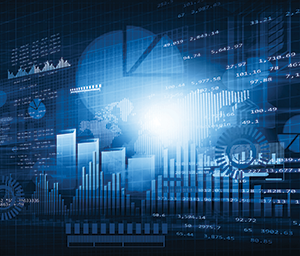 The June FOMC marked a turning point for the Powell Fed in more ways than one. First, policy makers signaled that they will continue to move in a dovish direction if needed. Without pinning itself down with any clear commitments, the FOMC managed to reassure markets that it stands ready to support the expansion.

Striking that delicate balance is a milestone of another sort. Over the last 10 months, Fed Chair Powell has struggled at times to communicate with the market, but this time he achieved something like a soft landing – despite a lot of moving parts in the dot plot and economic projections. As Powell made abundantly clear in his press conference, much depends on what the next few weeks hold, but for now the market has what it wants. Expectations are converging on a rate cut in July, and if the next four weeks look like the last, that's exactly what we'll get.

In broad brush strokes, the meeting outputs were on expectations: No change in rates, a dovish drift in the dots, and the removal of the language about the Fed being “patient” with its changes to interest rates. As discussed in my June FOMC preview, this last point marked a deeper shift away from a rate-hiking cycle relying on commitment strategies and toward an easing cycle where responsiveness is crucial. Most of the other changes to the FOMC statement were fairly predictable as well, aligning the descriptive content with recent economic data.

There were a few significant innovations to the section on forward guidance: adding “uncertainties to this outlook have increased” and a promise to "closely monitor" new information and "act as appropriate to sustain the expansion." There was no mention of the balance of risks, as the Fed previously used in order to signal clear intentions going forward. In the press conference, Powell relied heavily on “act as appropriate” and his own language about “cross-currents” in the economy, both of which provide some room for the Fed to respond to fast-moving developments in trade policy and the latest economic data.

Where things got interesting was the Statement of Economic Projections (SEP) and the dot plot. The SEP did a lot to support the dovish message, with slight downgrades to each of the unemployment forecasts and downgrades to the 2019-20 inflation forecasts. Somewhat surprisingly, the GDP forecasts were virtually unchanged.

The most dramatic moves came in the dot plat, where there was a nearly even split on whether to cut rates in 2019, following by median expectations for a cut in 2020 and a hike in 2021. However, the distribution of the dots indicates that there is a contingent of 7 committee members who foresee a cumulative 50 basis points of cuts this year and then no action in 2020. While there's an incipient consensus that the Fed is likely to cut, significant divisions are emerging, as evidenced by the lone dissent today (by St. Louis Fed President Bullard), the first of Powell's tenure. Also of note, the long-run neutral level for interest rates was revised down, to a level just above where rates currently stand. That suggests the current level of rates is more restrictive (or at least less accommodative) than previously thought.

For once, Powell’s press conference went smoothly. In addition to the phrases noted above, the plainspoken Fed Chair emphasized that it was concerns about global growth as well as trade policy that had motivated the Fed’s shift. He brushed aside concerns about potentially competitive easing by foreign central banks and political pressure from the White House, but any good macroeconomist can tell you that there are feedback loops from foreign central bank activities that the Fed will respond to: lower rates abroad would cause the U.S. dollar to appreciate and be a drag on exports and manufacturing, unless the Fed eventually eases too. Similarly, if politicians can sway markets, those markets can sway the Fed.

There were a number of questions about why the Fed didn’t go for a more aggressive “insurance policy” approach and cut rates proactively. Powell was staunch in arguing that policy makers don’t want to be wrong-footed by external events, and then end up wrong-footing markets as a result. As elaborated below, there’s a G-20 meeting just next week and a variety of reports on employment and manufacturing that still need to come out. Powell was similarly cagey about one rate cut versus two, although he indicated a sympathy with the adage “An ounce of prevention is worth a pound of cure.” No doubt, that question depends on the next round of data and how it shapes the perception of risks going forward.

A final dovish message came from Powell’s reference to how moved he and other policy makers were by recent indications that the tight labor market was having positive impacts on economically vulnerable communities. Along the way, Powell poured cold water on concerns about Facebook’s new digital cryptocurrency and the suggestion that the Fed change its inflation target to 4%.

Upcoming events to follow: these hold the new information that will determine whether – and by how much – the Fed cuts rates in July.