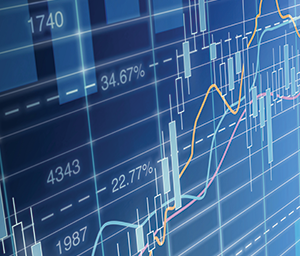 The June Fed meeting is set up to be one of the more suspenseful in recent memory, with policy makers coming under pressure to shift not only their expectations for interest rates but also the way they communicate them. Between headlines on trade conflicts and softer economic data, downside risks to the economy have grown more prominent since their last meeting. And yet, the economic news has been moving so quickly that the narrative could easily reverse course in the space of a few weeks. Already, the threat of disruptive new tariffs on Mexico has faded, although it leaves the market with a new appreciation for the unpredictability of trade negotiations. While some economic indicators have been disappointing, the truth is that the data releases have been a mixed bag; there have already been upward revisions and clear trends have yet to be established.

Such a dynamic and uncertain environment calls for a central bank to respond nimbly. Yet for years, the Fed’s policy has been focused on engineering predictability. Since the Great Recession, the Bernanke and Yellen Feds emphasized “commitment strategies” and other ways to promise no sudden moves away from ultra-accommodative policy. The dot plot was a crucial element of that toolkit, by spelling out expectations, first for rates to remain low, and then for them to rise only gradually. All that was appropriate at the time, given the sluggish recovery, as well as a central bank constrained by the zero-lower-bound on interest rates and managing a large portfolio of securities. This era came to a jarring end in early 2019, when the Powell Fed sought to appease nervous markets with a sudden pause to its gradual rate-hiking cycle.

Now the Fed faces a new challenge in navigating an environment as dynamic as it is delicate. The dot plot has always come with some communication difficulties, but now it is downright counterproductive. Fundamentally, it’s a tool built to convey expectations of the most likely outcome, not a range of scenarios, much less the Fed’s “reaction function” – the way it is likely to respond to novel economic and financial developments as they occur. Fed Chair Powell made this point himself at a conference on June 4, and it was quickly underlined by the recent whiplash around the White House’s threat of new tariffs on Mexico, a weak jobs report, and sharp revisions to retail sales data.

So will the June dot plot show a change in policy expectations? Under these conditions, the Fed won’t want to front-run the G-20 meeting later in the month, which could produce news about trade policy. An overly-dovish Fed could find itself having to reverse course yet again when it publishes another set of forecasts in September. Not a good look. Moreover, for the January pivot, the Fed could point to financial market volatility and tightening financial conditions. Now a big change would be based mostly on risk management. Markets have already run far ahead of the Fed – pricing in more than two rate cuts this year, far out of line with the comments from most Fed policy makers – so financial conditions could tighten precipitously if the Fed pushes back too hard. How are they going to thread the needle?

Beneath the Headlines, a Clear Sign for December: the September Jobs Report
December FOMC Preview: Into the Wild Yonder
Maybe Long-Term Unemployment Affects Wages After All