The Missing Pieces of the Hiring-Strategy Puzzle 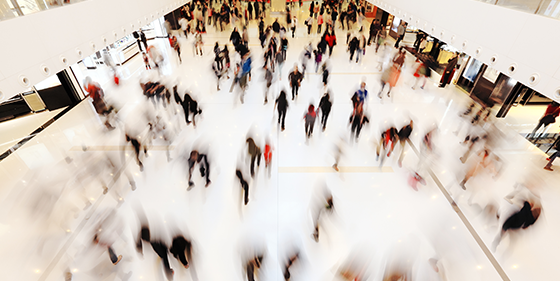 Employers can only determine their hiring strategies after they put together numerous pieces of information that provide them with a full picture.

First, they must look inward. What areas of the business are growing? The answer to that question reveals where to invest and hire. Then, they need to look outward. Are similar companies growing? What about the rest of the economy? The answers to those questions provide context.

Employers know their numbers, so the looking-inward part of the puzzle comes easy. They find themselves at the mercy of other sources of data when looking outward, however, such as the widely referenced, but underfunded and understaffed U.S. Bureau of Labor Statistics (BLS), a federal agency that tracks labor market activity through consequential reports that influence critical economic decisions.

If employers want to get the hiring puzzle right — and they should considering the cost of getting it wrong — then they need to replace the BLS’ questionable puzzle piece with a few new pieces represented by various sources of labor data for a more accurate view of the outside world. To that end, they may soon make room for recruiting software providers, which sit upon troves of actionable and more reliable hiring information, such as iCIMS, which recently released its Monthly Hiring Indicator.

Trouble at the BLS

On the surface, the BLS accurately and steadily produces report after report, but its underlying funding challenges threaten its routine provision of data.

Further complicating matters, the agency must compete with the other entities housed within the U.S. Department of Labor (DOL) for a piece of the shrinking pie, as the latter struggles to maintain its level of funding even as the federal budget grows by leaps and bounds.

The DOL’s budget diminished by 6 percent to $44.8 million in 2017 from $47.6 million in 2007, but dropped by a far greater 22 percent to $45 million from $58 million during the same time when adjusted for inflation, according to its budget and the inflation calculator.

Yet, despite the funding struggles of the BLS and DOL, the federal budget grew by 45 percent to $4.2 trillion in 2017 from $2.9 trillion in 2007, which still amounted to a hefty 21 percent surge to $4.2 trillion from $3.4 trillion during the same time when adjusted for inflation, according to the U.S Office of Management and Budget and the inflation calculator.

“To adjust temporarily, the BLS has slowed improvements and left vacancies unfilled…,” wrote Erica Groshen, the bureau’s commissioner from 2013 to 2017, in a cautionary opinion piece for The Wall Street Journal last year. “Leaving the BLS short-handed risks serious errors or delays in its statistics. It hasn’t happened yet, thanks to the BLS’s dedicated staff, but sooner or later it will.”

With a budget of $609 million in 2017, the bureau represented a microscopic .02 percent of the total federal budget, a figure that remains difficult to comprehend considering the gravity of the agency’s data and everything that depends on it.

“Academics, think tanks, professional associations and state and local officials have tried to raise a ruckus on behalf of the BLS and other statistical agencies,” Groshen wrote. “But what the agency needs is the clout of the business community behind it. CEOs should stand up, before it’s too late, in defense of the information we all need to sustain America’s economic vitality.”

Even with adequate funding, however, the BLS’ method of data collection poses additional challenges, offering yet another reason as to why employers may opt for recruiting software providers’ data.

While the bureau mostly relies on survey data, recruiting software providers collect administrative data, the latter of which yields much more accuracy through direct observations of the behaviors of recruiters and hiring managers, as well as the job seekers who they want to hire.

For instance, iCIMS captures actual hiring decisions through its applicant tracking system, which provides employers with visibility into who among a pool of candidates gets matched to a specific job and ultimately selected for it, therefore providing more actionable insights.

Using administrative data, iCIMS launched its Monthly Hiring Indicator, a monthly gauge available to employers that measures job openings and new hires based on approximately 75 million applications and 3 million jobs posted per year by more than 4,000 customers across a broad swath of the U.S. economy.

Released days ahead of most major labor indicators – including the agency’s flagship monthly jobs report – the iCIMS Monthly Hiring Indicator provides advanced signals of U.S. hiring activity and job growth based on a painstakingly tested set of the company’s proprietary data with a strong correlation to the agency’s data.

Combining breadth of coverage and timeliness of release, the iCIMS Monthly Hiring Indicator offers value to job-market watchers of all stripes, including employers, as well as economists and journalists. In addition to trends in job growth, it will likely shed light on the hiring process itself – a subject traditionally lacking data – and the way that employers and candidates find each other.

Employers must remember, though, that the iCIMS Monthly Hiring Indicator only serves as one piece of the hiring puzzle. Ideally, they should seek a comprehensive data set that includes information on candidate profiles, job postings, hiring decisions and metrics that track employees’ performance, plus the ability to analyze the data in a granular, yet anonymized way.