One Simple Way to Be a Better Interviewer 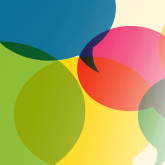 A few years ago when I was an entry-level employee in my first full-time job, I was given a great opportunity to supervise my own intern, and was tasked with interviewing a pool of candidates. As someone who had been an intern not long before that, I was not only intimidated by the idea of supervising someone, but I was also quite apprehensive about being an interviewer. Until that time, I had always been on the other side of the table, and had no experience interviewing others.

As the interview day approached, I did a great deal of Googling to find tips for interviewers. I had my fair share of poor interviewers in the past, and was insistent on making a good impression on the candidates. I was also determined to structure the interview in a way that would showcase the best-suited intern. Unfortunately, most of the information available online was for interviewees. Although I eventually came across some sample questions to ask, I had trouble finding concrete advice on how to lead a successful interview.

With what little guidance the internet gave me, I was determined to find the strategies of a great interviewer in order to identify top talent. As I interviewed more and more interns every semester and later full-time employees, I went through a series of trial and error, and eventually became very comfortable as an interviewer because I followed one simple tactic.

Be Prepared, but Adaptable

During my first round of interviews, I came prepared with many questions and went through each, one after the other. Doing so caused the interviews to proceed awkwardly, and I likely came off as stiff to the candidates. According to LinkedIn, this is a common misstep of interviewers: “Often, interviewers are too focused on the next question on their list and don't realize an even better follow-up question is right under their nose.” Without a doubt, sticking to a script was not an effective method.

For the next set of interviews the following semester, I tried another strategy: completely winging it. I did quickly glance over the candidates’ resumes, but I didn’t have any plan for what I was going to do or say, and I just hoped the interviews would move along fine. This approach was not very successful either. Despite my best efforts, I was clearly unprepared and did not portray the company in the best light.

During our next round of intern hiring, I once again tried a new plan. I studied the candidates’ resumes closely, and jotted down topics that I wanted to discuss. Unlike earlier interviews, I didn’t stick to a script or wing it; rather, I found a happy medium where I was prepared with discussion points, but open to letting the interview flow in a natural direction. This approach proved to be the most successful, and allowed me to connect better with the candidates given that I was prepared, but adaptable. Similarly, Forbes asserts, “Let’s stop interviewing people like they’re sitting for a citizenship exam or undergoing cross-examination on the witness stand, and start talking with them like human beings. You don’t need an interview script.”  As I led more and more interviews with topics in mind, rather than scripted questions, I discovered that I was able to have a natural conversation rather than a Q&A session. In fact, LinkedIn states, “A successful interview is one that is more of a conversation that flows from one topic to the next.”

Although it took me quite a while to discover an efficient way to conduct interviews, the struggle was well worth it because I not only became more comfortable as an interviewer, but I connected with candidates more effectively, which aided me in identifying top-talent. Most importantly, if you put a lot of effort into conducting interviews, you will very likely get a lot out of them.

How To Prepare For Rehiring. An iCIMS Customer Perspective
Monday, Jun 01, 2020
4 Reasons Your Offer Letter May Be Rejected and How to Avoid Them All
Friday, May 29, 2020
Attract, Engage and Retain Employees in the New Remote Work Era
Thursday, May 21, 2020