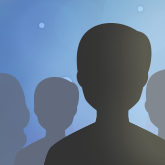 A new year means new budgets and new hires, if you’re lucky. As 2016 starts rushing along, many companies are deep in their hunt to find fresh talent to support expansion and ensure success in meeting annual goals down the line. When recruiters are under the gun to fill seats quickly with great people, a successful hire can offer a temporary sigh of relief before moving on to the next open requisition. Once the offer is accepted, the battle is almost won. If you want to ensure a true hiring victory though, there are a few steps to take that can help your newest employees perform at the best of their abilities in the first 90 days and well beyond.

A recruiter’s job doesn’t end when the position is filled. Much of their success is tied to the proven value of a new employee over time. Here is an important fact to remember: more than half of all employees who left their job in the past year did so within the first twelve months. Furthermore, over 40 percent of the turnover reported occurred within the first six months alone. This shows that the time right after hiring during the onboarding period is the most crucial. If the worker isn’t happy in their new setting in the first few months, their underperformance, termination, or vacating of the role in the future can have deeply negative effects on team morale and productivity.

Employee onboarding is a challenge for any organization as it often requires heavy documentation and dedicated attention to recruitment compliance and regulations. No one enjoys completing or sorting large amounts of onboarding paperwork, that’s for certain. The ability to allow new hires to complete key documentation and assessments online before day one allows them to engage in more meaningful training during their first week.

Almost 50 percent of job seekers prefer a “clan” type of culture at their company, which is defined as a collaborative and team-oriented environment. Additionally, over 40 percent say they want to be managed by someone who is more like a coach or a mentor. With these key points in mind, it’s clear that every employee wants to feel a genuine, friendly connection to their coworkers and managers. Employees with better friendships also tend to stay on with their company for longer periods of time. Consider assigning an internal mentor to the new hire as part of the onboarding process, and encourage them to meet with and get to know the new team member’s goals, motivations, and concerns to establish loyalty and support early on.

3. Tell them what you want.

When ranking employment perks from most to least important, candidates put job/skills training and development was at the top of the list. Yet, 50 percent of employees report insufficient career development and training from their current employers. Employees want to do a good job, and they want to know how. Transparency, consistency, and communication are key when introducing a new person to the company and instilling shared values and definitions of success.

According to a study from the Academy of Management Journal, the first 90 days of employment are pivotal to building rapport with the company, management and coworkers. When teammates and company leaders showed high levels of support, new hires often had more positive attitudes about their job and even worked harder. When support and direction were not as strong, the opposite effect occurred, leading to low-productivity and unhappiness. So although it’s natural to feel like the job is done once the candidate has become an official employee, it’s actually just the beginning of the true assimilation into the organization.

What Do You Mean by 'Diversity and Inclusion' Initiatives? Get Started with Measurable Outcomes
Tuesday, Aug 04, 2020
How Successful Onboarding Kickstarts Employee Engagement & Retention
Friday, Jul 31, 2020
Beyond Post and Pray: How to Put Marketing in Recruitment Marketing
Tuesday, Jul 28, 2020