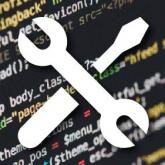 The manufacturing industry makes goods, but now it needs to focus on remaking its image. Today, the industry conjures up images of abandoned factories with rusted walls and shattered windows, which evoke thoughts of a sector with glory days well behind it. Meanwhile, its constant place in the political spotlight arguably does more harm than good, as talks about reviving it – no matter how necessary or well-intentioned they may be -- serve as a reminder of its fading economic footprints. If manufacturers hope to lure job seekers, then they need to change that perception, which they can do by touting the changing composition of their workforce.