Apprenticeship vs. Internship: What Makes Sense for Your Company 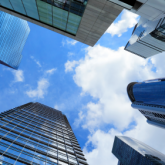 While apprenticeships are not as common in the U.S. as they are in Europe, these programs are growing in popularity because of the clear career path for workers and benefits for employers. In June of 2017, President Trump signed an executive order to an effort to expand apprenticeship programs across the county. Trump said that his executive order would empower companies, unions, industry groups and federal agencies to “create apprenticeships for millions of our citizens.”

According to the U.S. Department of Labor, in 2016 more than 206,000 individuals nationwide entered the apprenticeship system. Typically, these programs are used as a strategy from employers to find and hire skilled workers. The top three industries that had active apprentices were construction, military and manufacturing while the top occupation types included electrician, plumbers and carpenters. While this only represents only 1.5 percent of 18- to 24-year-olds in the U.S., participation is up 35 percent and the number of programs by 11 percent since 2013.

Internships and apprenticeships are both great ways to build a pipeline of ready-to-work talent.

The key benefits for employers to start apprenticeship programs include:

How is an apprenticeship different from an internship?

While both programs are beneficial for workers and employers, there are key differences.

1. Apprenticeships Could Be an Alternative for College and Gateway to Middle-Class Jobs

An easy way to think of the difference between these two types of programs is to remember that an intern is hoping to gain work experience in addition to their separate education program, while an apprentice will be formally trained and certified for a particular industry while working.

For job seekers, apprenticeships could be an appealing alternative to a four-year degree that typically leaves graduates with a mountain of debt and possibly an unclear career path.

While internships mostly involve entry-level workers and students in college, apprentices can be at any point in their career. Apprenticeships could offer those who have a gap in their employment history after a job loss or family leave a way to start new careers and increase their skills and earnings. Employers can select new hires or thier current employees to join the apprenticeship program.

2. Internships are Short-Term While Apprenticeships Can Last a Year or More

Internships are temporary work opportunities to gain experience at a company and are typically part-time and last a few months. Internships have become a popular, even necessary step towards employment for today’s college students. In fact, according to our recent report on the Class of 2017, 81 percent of college seniors have completed at least one internship, with the average being two internships.

According to the Department of Labor, registered apprenticeship programs include structured on-the-job training from an experienced mentor for over a year. By the end of the program, apprentices will be fully proficient at the job.

3. Apprenticeships Are More Likely to Lead to Long-Term Hires

Internships and apprenticeships are both great ways to build a pipeline of ready-to-work talent.

According to our recent research study, college seniors reported many positive outcomes as a result of an internship: learning better organizational skills (65 percent) and receiving letters of recommendation (61 percent) were the most common.

But only 26 percent of internships led to a full-time job offer. On the flip side, 87 percent of apprentices are employed after completing their programs, with an average starting wage above $50,000.

Employers that use apprenticeship programs can reduce worker turnover and save money by fostering greater employee loyalty and increasing productivity.

As Forbes predicts, by 2020, around the world, there is likely to be a shortage of approximately 40 million high-skilled workers and 45 million medium-skill workers. Against that will be a surplus of 95 million low-skilled workers. The skills gap has employers across all industries struggling to hire skilled workers and may be willing to explore new strategies to hire them.