3 Things You Need to Know about the Q3 U.S. Hiring Trends Report 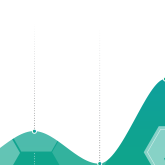 Here are three key findings from the report:

2. More than a million people used their social media profiles to apply to jobs

3. The industries with the most and the least applicants vs. available jobs shifted from Q2 to Q3.

While minor fluctuations in talent trends exist thus far in 2015, the top industries—gaming, leisure, and telecommunications remained consistent over the last two quarters of the year. The exception is the food and beverage industry, where a slight shortage of applicants was observed in Q2 before almost doubling to a surplus in Q3. This is perhaps due to the demand of seasonal summer hiring for that industry. In Q3 2015 the gaming industry moved to the top with the largest pool of applicants compared to open positions (2.13 applicants per open job) after coming in second behind the leisure industry during Q2. The charitable organizations, engineering, government, and real estate industries all continued to suffer from having fewer applicants than open positions to fill in Q3, declining from Q2. The transportation industry saw a slight increase in the average number of applicants vs. available jobs.

As these changes continue to impact the way job seekers search for the right roles and employers approach talent acquisition, iCIMS will continue to analyze its data and provide insights into the hiring landscape on a quarterly basis. Want to know how your industry is performing compared to others?  Click here to check out the full report and learn more about the recent trends happening in talent acquisition.

How To Prepare For Rehiring: An iCIMS Customer Perspective
Monday, Jun 01, 2020
4 Reasons Your Offer Letter May Be Rejected and How to Avoid Them All
Friday, May 29, 2020
Attract, Engage and Retain Employees in the New Remote Work Era
Thursday, May 21, 2020