‘Ghosting’ is the Scariest Trend in Recruitment

The recruitment industry has been buzzing lately about the rise in candidate ‘ghosting’ – a behavior defined by cutting off all communication suddenly and without explanation, leaving the other party to wonder what happened.

Generally, ghosting occurs at the point when it becomes rude to disappear without a trace. It is not an oversight or something to blame on an over-full inbox. Ghosting requires a conscious decision to avoid all further contact, regardless of what the other party does to reach said ghost.

Perhaps the scariest thing about ghosting for recruiters is it can happen at any stage of the hiring process, up to and including a new hire’s first few days of onboarding.

Originally a dating term, the term ‘ghosting’ made the jump into the popular recruiting lexicon as a response to the number of candidates who fail to return calls, emails and even decline to show up for scheduled interviews. In other words, they disappear on recruiters without a trace. It might be easy to write this off as young candidates’ inexperience, were it not for the prevalence of high-performing candidates with decades of experience acting the exact same way.

In fairness, ghosting has probably always existed to some extent. However, the rise in its popularity as an avoidance tactic has led some to speculate a cause. It might just be a symptom of a tight labor market, where candidates have more options. Perhaps it can all be blamed on changing candidate attitudes regarding what’s considered fair and professional.

Or maybe this is nothing more than a classic example of what goes around, comes around – candidates learned from the best and recruiters now get a taste of their own medicine after years of neglecting the candidate experience.

Likely it’s a combination of all these things. But more important by far is the question: What can recruiters do about it?

How Recruiters Can Keep Candidates Engaged

It takes two to communicate. Recruiters need to prioritize following up in a timely manner with candidates who didn’t get the job. Yes, it’s more work and can be uncomfortable, but neither of those are valid excuses. Not only is it the courteous and professional thing to do, it also protects your brand.

This is doubly important if your business sells primarily to consumers. Many of your candidates are likely customers and fans of your brand. Candidates who are satisfied with their experience are twice as likely to become a customer of the hiring organization compared to those whose experience was negative.

Treating candidates just like you would a friend or colleague might also improve the number of accepted offers you receive. Ninety-five percent of candidates believe there’s a direct correlation between how they’re treated as candidates and how they’ll be treated as employees.

The Golden Rule of Recruiting

Treat candidates the way you expect to be treated. Over half of all candidates don’t receive any communication from employers two to three months after applying. Given that more than three quarters of people say not hearing back from an employer is more frustrating than not hearing back from someone after a first date, there’s a lot of unhappy job seekers out there.

While there’s a great many recruiters who communicate with candidates often, those who don’t would do well to address their own behavior before calling the kettle black.

The bottom line? Recruiters need to commit to providing a great candidate experience. Candidates will behave how they’re going to behave, but by focusing on what they can control, recruiters may just be able to make the job search a little less scary, one ghost at a time. 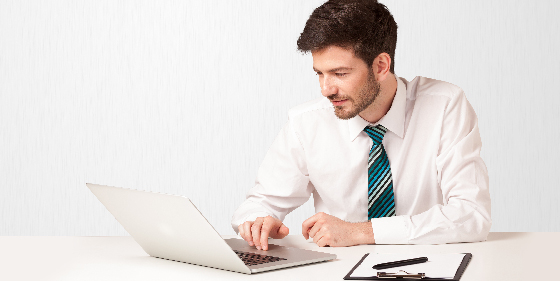 Alex Oliver is a Content Writer at iCIMS with experience in brand storytelling and content marketing strategy. He also has a keen eye for strong copy and well-placed commas. When not at work, Alex can be found torturing his mind and body at the nearest obstacle course race.